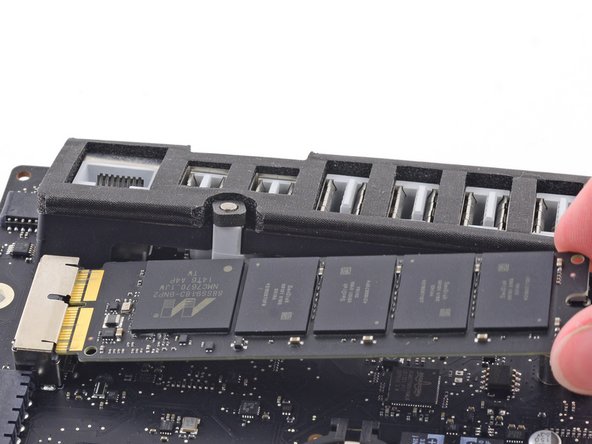 Use this guide to replace or upgrade Apple's proprietary blade SSD (NVMe/PCIe x4) in an iMac Intel 21.5" EMC 2889.

This guide is intended for the higher spec iMac Intel 21.5" EMC 2889 models that are equipped with an SSD (Fusion Drive or blade SSD configurations).

All iMacs also come with a traditional hard drive, which you can replace by following this guide instead.

If you got a SATA drive’d model then that is correct! No PCI/e SSD slot.

But! If you got a Fusion Drive’d model, or one which has a SSD then your logic board DOES have the PCIe SSD slot

Hi, for iMac 16.2 no Fusion Drive and no HD/SSD, there aren’t EMC for upgrade/repair? I’ve searched in all place, OWC Aura Pro 2X isn’t compatible with 16.1 and 16.2… I think this model can be only repaired or upgraded (maybe only repaired) in Apple Store. This is right? Best regards

Apple didn’t use the PCIe 2.0 x4 SSD very long which is why you need to stick with the real Apple SSD in this series requires.