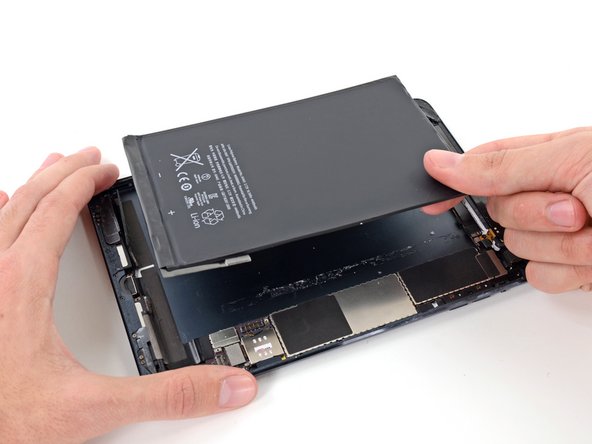 What a great guide! Using this, I was able to disassemble my iPad Mini and replace the batter for around $30. I used a heat gun (carefully, 10 seconds at a time) instead of the microwaveable sock thingy. Everything went perfectly, just like in the pictures and instructions. Thanks again!

For the re-assembly, do we need to apply fresh adhesive to keep the digitizer from coming loose?

It is a !&&* of work, but it works at least from being capable to do it and it went relativerly smoothly. But!!! Even if for sure I didn’t break anything, the iPad doesn’t work at all. It looks to me as for sure nothing went wrong during the change and repair process, that simply the new battery is broken, or is there any trick to get it running like in other cases were a battery activation process is required? I’m really disappointed after all this work and being so careful with each step during the process!!!

Thanks for this tutorial. What else could I use for heating a tablet? This is the most questionable part I think. Anything else is a quite usual and simple at least for me.