Why do Imperial ships dump tons of perfectly good steel and machinery into space? Why does nobody on Jakku take apart the downed Star Destoyer (above) for scrap metal? And how could moments like this, from Star Wars, possibly be a promising vision of how we might handle our electronic waste in the future?

For these important questions, on this venerable May the 4th, we turn to a talk given by Adam Minter (@AdamMinter on Twitter), author of Junkyard Planet: Travels in the Billion-Dollar Trash Trade. iFixit invited Minter to its headquarters in April 2018 to talk about his book, and how to re-examine the typical narratives of waste and recycling that are so often shallow or wrong.

What we didn’t expect was that Minter, a passionate Star Wars fan, would also teach us about the space opera’s post-scarcity economy. Things get fixed and resold, nobody melts things as a last resort, and the value of gear is based on what humans put into it.

We’ve embedded the part of Minter’s talk involving the long-ago, far-away galaxy below, but we’d certainly recommend the whole talk. We’ve also excerpted some of Minter’s observations, lightly edited, below.

I love Star Wars for a lot of reasons. One is it has a lot of junkyards in it. Every single film, there’s scrapyards! It’s a huge topic in the Star Wars series. … But the funny thing is … the one thing you always notice about the Star Wars junkyards, they’re not actually doing any recycling – the stuff’s just sitting there. There’s no bailers, there’s no shredders, there’s no Christmas tree lights, and there’s nobody even setting things on fire. 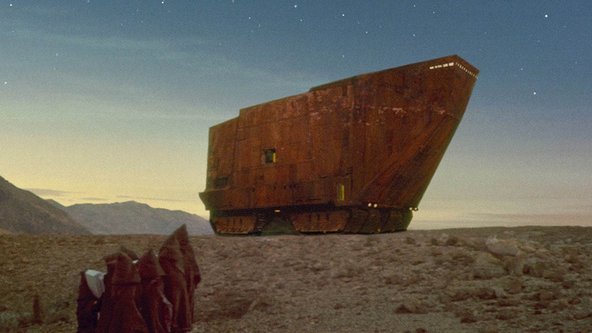 Instead, you’ve got people just picking up stuff. The Jawas are my favorite. My relatives, when they came to the US, they were basically Jawas. They were picking stuff up off the streets and putting it in horse-drawn carts and trucks. … [I]nside the sandcrawler, there’s all this sort of fix-able stuff. Nobody’s melting it down.

This is my favorite example of something weird in the Star Wars recycling economy. We’ve got this big Star Destroyer, and they generate a lot of trash. And in Empire, they dump the trash. You ever notice what the trash is? It’s big hunks of steel! You should be melting that down. You don’t just throw giant, you know, Tie-Fighter-size hunks of steel into the solar system, or whatever it is, you know—you melt it down. But they don’t; they throw it away.

So why would they throw it away? One reason is, it’s not worth very much money. There has to be, within the Star Wars universe, a resource surplus. 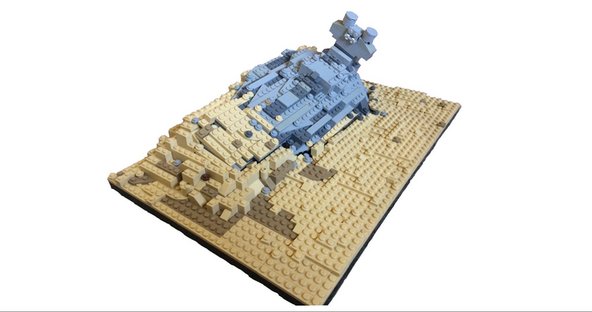 Here’s another example: a crashed Star Destroyer. Think of all the pictures you’ve seen of the beached ships in India, where they take them apart by hand? Why aren’t they doing that on Jakku? Again, because there’s no value to it. Instead, you’ve got Rey driving around, picking up small pieces. And then what does she do? Those pieces are reusable, and she sells them to this dude for portions. 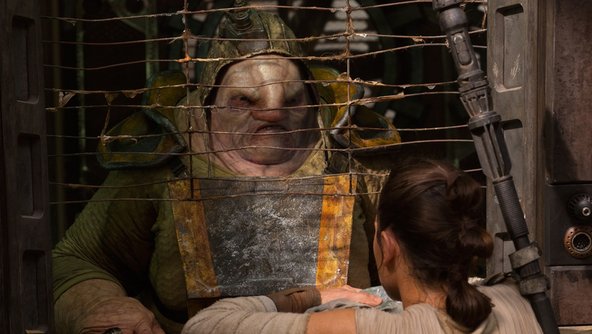 So my theory is, there’s resource oversupply. And here’s Mustafar, the volcano planet. They’ve got so much steel available to them, the empire does, they have an entire planet that all they do is mine lava. Free metal, so it drives down the cost of the commodity. 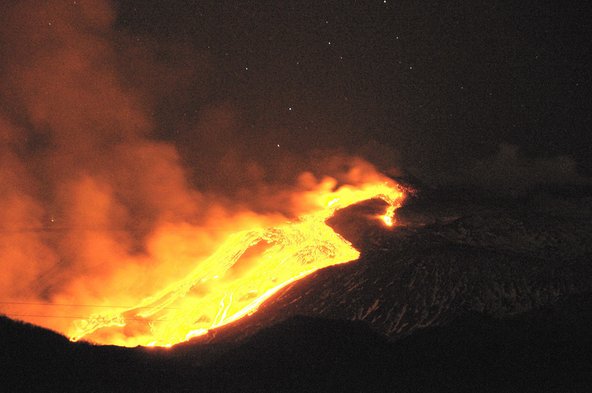 So what do you do if you find used stuff? You fix it! Because there’s no value otherwise. The value add is what has been done to it. There is no value in the commodity itself. And I think that’s one of the things you’re starting to see with recyclers that I spend time with. More and more recyclers, whether electronic or otherwise, are setting up what they’ll call their eBay rooms. What are the eBay rooms? Ebay rooms are, they’re pulling parts. You’ve all seen this. eBay is filled with parts from scrapyards. … Because there’s no … Believe me, there’s still value in copper and gold and everything else, but there’s a whole lot more embodied value in the stuff itself. 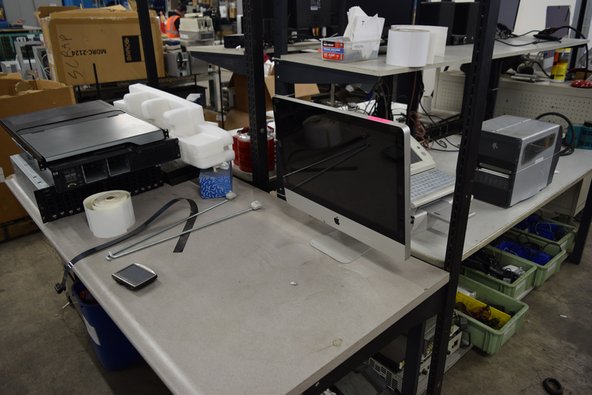 It’s been a bit of a revelation to me, going from scrapyard to scrapyard, as you are beginning to see the focus, re-focus onto the resource efficiency. And that is the repair. The parts. They’re taking their cue … well, if you tell them they’re taking their cue from Star Wars, they’ll say you’re crazy. But essentially, that’s what it is.

Minter goes on to show how e-waste shipped to China ends up creating a flourishing, yet still slightly hidden economy, of repaired, refurbished, or entirely scrap-built electronics, moving from the workshops and warehouses of Guiyu to the impossibly dense markets of Shenzhen. He wraps up by showing a U.S. factory worker recovering a chip from a circuit board, something you’d more typically expect to see overseas—or on Jakku.

Maybe the developed world needs to be recycling like the developing world does … We all need to start thinking a little more like Rey.

Lego Star Destroyer photo by Justlego101/Flickr. Etna volcano (the earthly inspiration for Mustafar) by gnuckx/Flickr. Photo from Sunnking by author. 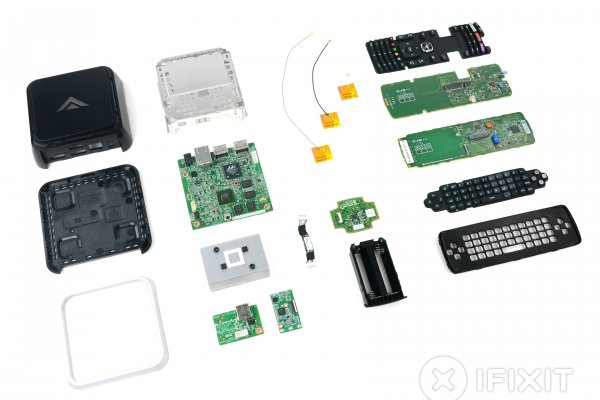 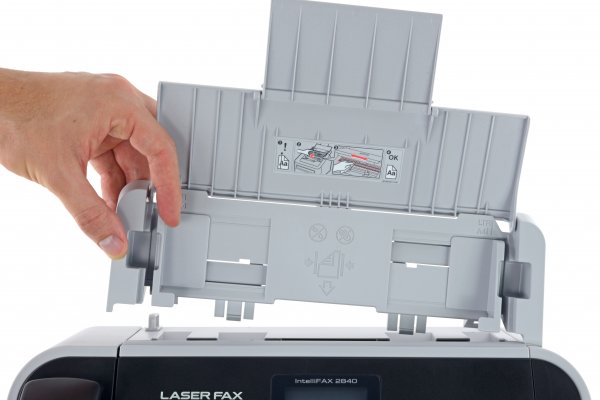 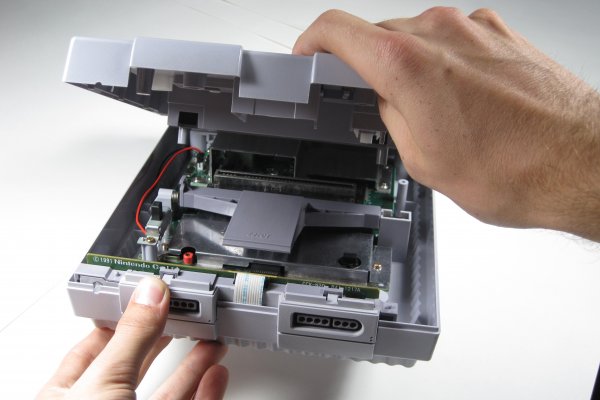