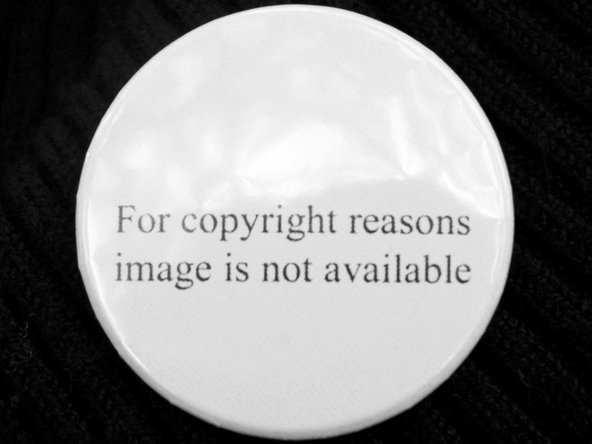 Just the other day, I got a card in the mail for my 30th birthday. When I opened it up, the card started singing “Happy Birthday.” And that little thing — pealing out at the top of its automated lungs — made me laugh. What a strange thing to computerize.

But it suddenly occurred to me that this silly card was the perfect example of what I call The Law of Electronic Eventuality: If something can have a computer in it, eventually it will have a computer in it. Our physical objects aren’t just physical anymore. Code runs unseen through phones, watches, smoke alarms, birthday cards, and more like connective tissue. As with muscle, it’s that connective tissue that makes a thing work.

Without code, without software, our Things become inert. Dead.

While this ushers in a whole new world of possibilities, it’s also redefining ownership. Because when you purchase a physical object, you don’t actually buy the software in it — that code belongs to someone else. If you do something the manufacturer doesn’t like — repair it, hack it, unlock it — you could lose the right to use “their” software in “your” thing. And as these lines between physical and digital blur, it pits copyright and physical ownership rights against each other.

Welcome to the brave new world of copyright. If you want to truly own what you buy, you’ll have to fight for those rights — because they are disappearing.

While technology continues to leap forward every day, copyright laws have yet to catch up.

The first copyright laws, born in the early days of the printing press, were a tool to incentivize intellectual property creation. But in those days the lines were clear: a book buyer could scribble in the margins, sell it, even light the book on fire. An individual copy of a book was not limited by copyright.

The last big Copyright Act was passed in 1976, back when Steve Jobs had just left his job at Atari and a single floppy disk cost $390. When the Digital Millenium Copyright Act — which governs how copyright applies to digital work — was passed in 1998, few people imagined that we might soon want to hack into our phones or thermostats. At that time, copyright stakeholders, including the Recording Industry Association of America (RIAA) and the Motion Picture Association of America (MPAA), were so afraid of digital piracy that they built all sorts of overreaching protections into the law. Unfortunately, those mechanisms — such as the infamous Section 1201, which makes it illegal to bypass locks on hardware you own — are having far-reaching and unintended side effects.

The world has changed so much since 1998, but copyright hasn’t. Even before the current Congress started considering copyright reform, corporate trolls were working to prevent it. The recently leaked Trans-Pacific Partnership treaty reveals how eager they have been to codify current U.S. copyright law into international treaties, where even Congress would have difficulty repealing them. (By the way, if the U.S. position in that treaty prevails, citizens in a dozen countries could have their ability to unlock their phones taken away.)

Designing software into physical objects changes the rules of ownership — and right now it’s not in our favor. Programming and code are copyrighted. You are not an owner; you are a licensee.

It sounds like some sort of Orwellian dream, but that reality is much closer than one might think. Just last year, carmaker Renault integrated DRM into a car battery — giving Renault the ability to shut down your car if you violate their contract. A few years ago, Texas Instruments threatened a hobbyist with legal action when he reverse-engineered his calculator, figured out how to install a different operating system, and shared his findings on the internet. (TI demanded he remove his blog post.) And there are many more examples among the thousand tiny cuts inflicted in the name of copyright: keeping diagnostic codes from neighborhood car mechanics; preventing developers from modifying digital media for the disabled; and stopping consumers from unlocking cell phones for use on different carriers.

While there have been positive steps in the right direction for the last one, they still don’t go far enough: Developers who release unlocking software still face $500,000 in fines and up to five years in jail.

Copyright is like the many-headed, hostile-when-provoked hydra. And just like a hydra, chopping off one head — solving one issue — won’t work. Congress could legalize unlocking phones on Monday, tablets on Tuesday, cars on Wednesday, and a different gizmo every day from now until the end of week let alone year. It won’t matter. The day after that, there will be yet another new computerized product, a new thing with code for its connective tissue. As long as “The Law of Electronic Eventuality” marches on, and as long as companies can make money by keeping users out of their own stuff, they will … and so copyright law will never catch up.

Our current copyright laws clearly don’t account for the role technology plays in our lives. But I was born a tinkerer, so I believe that with enough energy, ingenuity, and passion, anything can be fixed — and I mean that both metaphorically and literally (with our right to repair). If we want to preserve consumer rights against copyright power grabs, we’ll have to aim at the heart of the hydra. We can’t afford to wait another 40 years for Congress make a new copyright law. It has to happen now; here’s how.

It’s Copyright Week (leading up to the two-year anniversary of the SOPA blackout protests), where the EFF and others are discussing the key principles that should guide copyright policy.

Copyright Week: What Does Ownership Mean to You?

Copyright, the Internet of Things, and the End of Ownership

John Deere Responds to Copyright Mess It Made