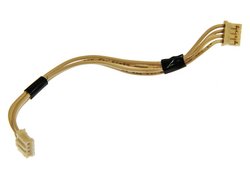 Cable connecting the output of the PS3 Slim's power supply to the motherboard. 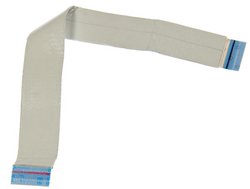 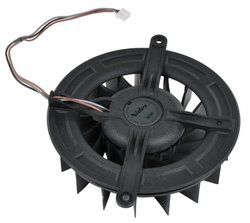 The PlayStation 3 Slim model CECH-21xx is the second model of the PS3 to feature the smaller form factor. It was released March 2010 for $299. The power and eject buttons are actual depressable buttons, unlike the capacitive touch sensitive buttons of the larger models. The CECH-21xx ships with either a 120GB or 250GB hard drive. The CECH-21xx is the first PS3 to feature the 40nm version of the RSK Reality Synthesizer GPU. The power consumption has be significantly lowered to roughly 83W while gaming.