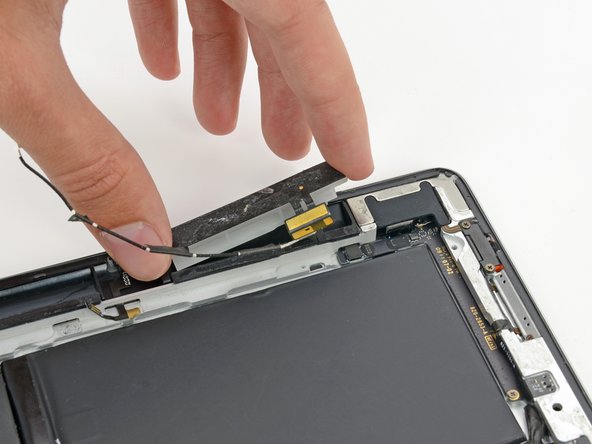 My colleague dropped his iPad from his SUV onto the pavement. He broke the screen on the entire right corner.

Getting the screen off wasn't too bad. The bit of glass were broken around the right top edge, so the main screen came off fine, but there was a lot of cleanup to do. The longest part of the whole ordeal was getting all of the little pieces of glass that were stuck to the tape off. After the screen was removed, everything else went just fine.

Wear eye protection. Watch out for the antenna cables near the top of the iPad since they are taped right to the front screen. The instructions don't mention that those can be attached to the screen still. The left one for me was pretty snug, but the right one was caught up in the screen crack, so I had to replace that as well.