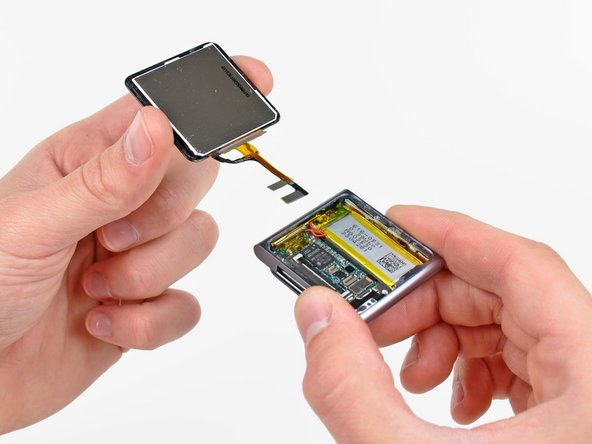 The Ipod was prviously dropped on a hard serface causing the screen to splinter.

The total repair time too about 5 mins. Guides on Ifixit were very insightful and thorough. Hardest part was getting the miniture srews out of the EMI shield and getting the screen tucked in.

Watch the screws don't run away. the guide does not show how the new screen tucks inside the side where the display used to be dont panic, it's eay. just play with it.