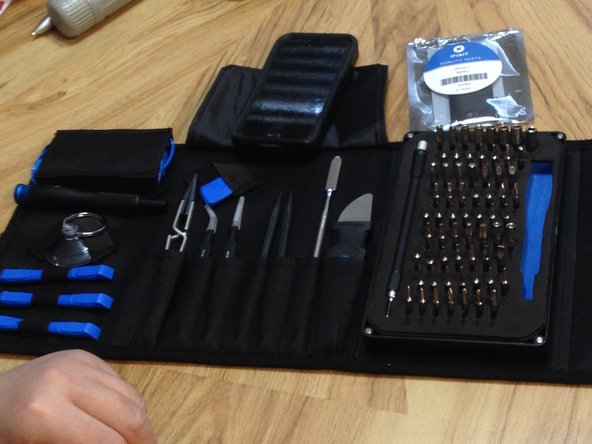 I was really silly and left my iPhone in sub zero conditions and forgot it in the car overnight about 3 times in total. The battery got really bad and would not hold a charge for long and then would die when 15-30 percent of the battery power was left. I needed a fix, and iFixit had the solution.

I must say I am completely at home with electronics, being a computer tech and mechanically inclined helps, though I had me some skepticism, as small electronics like cell phones tend to be extremely breakable and hard to get into. That being said, iFixit had great videos and a great repair tool kit. I purchased the Pro Tech Toolkit (even though I could have done it with the battery kit that included the basic tools, which had all you needed to do the job). I bought the Pro Tech Toolkit as I like to have good tools and something I could do repair more than just an iPhone with. So I bought the Pro Tech Toolkit which covered all the tools and more for the job and many other jobs. I then purchased the battery alone, no included tools. Just to mention the battery kit with no tools is only 5 dollars cheaper than one with the 3 basic tools, so its a value if you do not want to buy tool kit. The tool kit I bought was an additional 70 bucks, but it is fabulous, had all the intricate drivers for tiny tiny screws, like this repair calls for, and more devices I know I will run into in the future. The repair went great, it was just as easy as the video described and exactly as it was shown, no surprises at all. I will say I also used a YouTube video, which showed not removing the screen connector and just swinging the screen 90 degrees and holding it up while you do the repair, the iFixit video has you unplugging the screen, both are good, I just choose to do it with less steps. I read in some reviews the iPhone screen was really hard to get off the first time, the included suction cup included was really strong and literally pulled the screen up and did a great job, you need to be patient and keep pulling it will separate and the suction cup and plastic pry tool is all that is needed and works soooo well, it only took about 5 whole min to remove the screen after the 2 screws were taken out, the battery also lifted out easy, it is double sided taped in but again careful consistent pry pressure lifts it out easy, the battery went I with out a hitch and phone went back together as shown in the video. It was a total success and all thanks to iFixit, thanks loads, iFixit.

Trust this company, the pro tool kit is a great bargain, and the tools are aluminum and good steel, the driver is nice knurled aluminum and worth it at 70 bucks alone, but you get a 69 piece bit kit as well a d prying tools, suction cup, and nice tweezer set that has 3 types of tweezers and one that is out of this world it applies revers pressure that once gripped it closes itself and no finger pressure is needed to keep it closed, really great in tight places. The battery is an exact fit and works great.

Thats great you fixed your iPhone with the pro kit, I purchased it when it first came out and its my go to toolkit for all my electronics needs. You won't be disappointed with this kit. Congrats again on being successful on your repair.

I purchase the 64 tool kits, the Phillip bit 000 worn my cutomers screws. I don't know what to do now

I purchased only the 64 driver set and not the total set w/tweezers, etc, 6 months ago. its a great kit, good luck on future repairs.