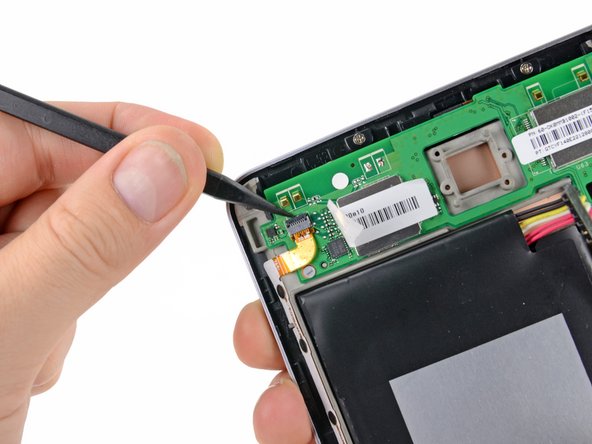 Took Nexus 7 tablet 1st gen. to a local repair shop because the tablet was non-functioning after turning it on one morning after it was working the night before. They said the battery was registering very low and could do nothing without having a battery so it would turn on. I knew it was not a battery issue after trying the battery out of another Identical tablet. So instead of paying them $85 dollars to install a new battery, I decided to take the route of replacing the motherboard which I was convinced was the problem from some things I had read and how it was reacting with other things I was trying to do.

I purchased the motherboard and it was delivered as promised. Installation was no problem. All-in-all, the repair took about 30 mins. I did watch the video to see how the connections were made to the motherboard.

Pretty straight forward repair and much cheaper than any local places could do it for for sure!