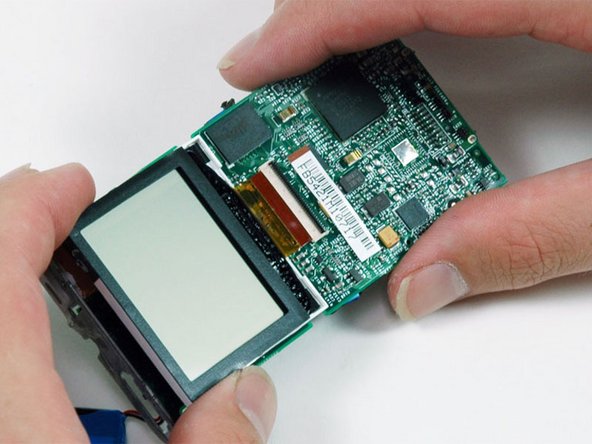 The problems started with the drive making noise! It then died. After reading the on-line info available, I decided to replace the drive with a CF module and go with 8gb instead of the 4gb drive capacity. It was also time to replace the original battery.

The repair could have gone a little smoother. The new battery was slightly larger than the original and I tried to use the cushions from the drive on the CF module. In the process of putting everything back in the case I managed to crack the glass on the display. I removed the cushions and temporarily put the board back in the case. I was then able to format the CF module and install the i pad software. I followed the instructions and put it on the wall charger. In the meantime I ordered a new display. I replace the broken unit and put everything back and closed up the ends. It all works perfectly now and is faster uploading new tunes or switching tunes while playing. Nice upgrade.

Do not force electronic things (I do know better, but it was late). I could have avoided having to replace the display.