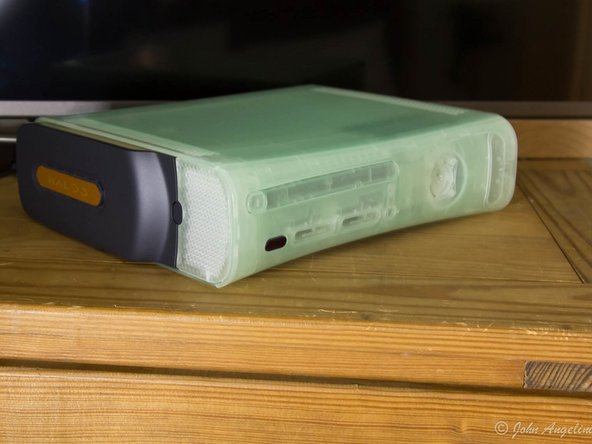 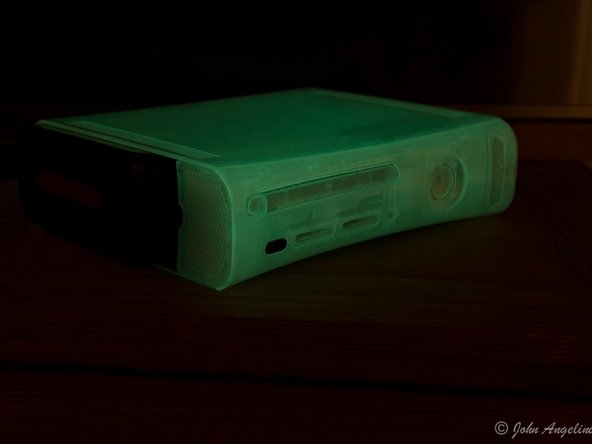 After many years of having my 360 be nice and stable (my replacement unit after gettting the RRoD the first time), the replacement finally gave up the ghost and would no longer power up.

I had a few issues with the pin clips in the back of the case. My biggest mistake here was thinking I could do it without the special case tool. Once I got that, then everything was great. (I did get the tool, but I tried opening the case before I got it)

And then I figured while I was at it, might as well swap the case out, so I picked up a sweet glow in the dark case from XCM.

Like I said above, maybe this is doable without the case tool, but you won't want to.