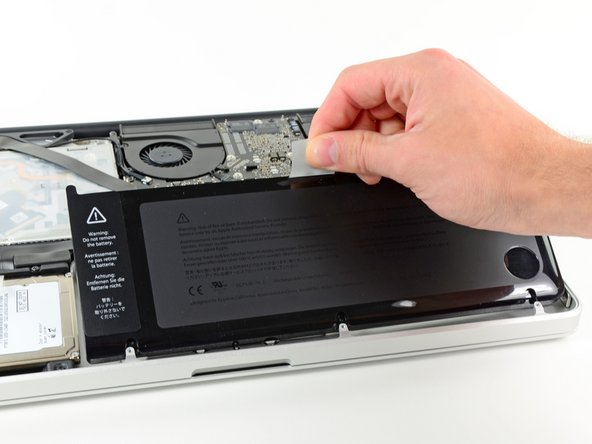 My girlfriend's old MacBook Pro 15 2011 was dead, and she hadn't turned it on in the last 3 years. I put my hands on it and tried to figure out what was wrong. That computer is more powerful than my current MacBook Pro Retina 13 2015, so I decided it was worth investigating.

I first tried to figure out what the problem was. The battery indicator was giving a sign of dead battery, so I decided to order a new battery from iFixit. But also the hard drive was corrupted, so I ordered a Samsung 500 GB SSD. Since I thought it was worth it, I also ordered 16 gigabytes of RAM 1600 MHz.

The old battery was swollen, and also the trackpad was not working properly. After removing the old battery, I unscrewed the trackpad, cleaned it, and put it back in place, calibrating the little screw until I got the expected behavior. I replaced battery, hard drive, and RAM. The keyboard was also missing a few keys, so I ordered the five missing keys and I put them back on.

If your old MacBook Pro is not working, check online and follow the instructions. Many times it's a hard drive or battery problem, and you can bring your laptop back to life with minimal expense (in the order of $100-200). Also consider that an old MacBook Pro 15 (pre-retina generation) is much more powerful than the most recent MacBook Pro 13, so it's totally worth the investment.

I'm still running my web design business from one of these machines with an SSD and a new battery. Its a beast. The only issue is it doesn't look like the latest gizmo to clients, but hopefully they can see that I look after my stuff and don't waste money on unnecessary bling.

Maybe your customers see you as a person that take responsibility for the environment?