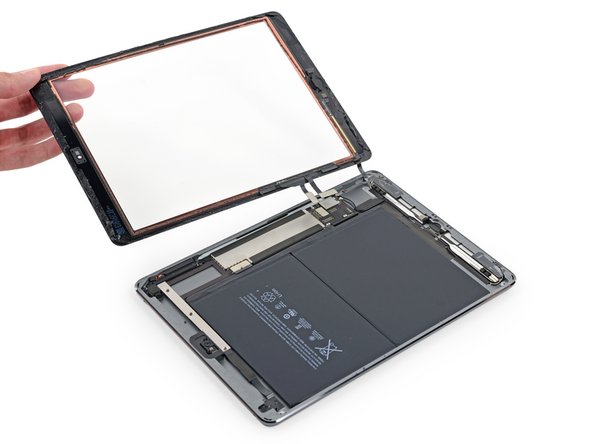 My son broke our iPad air screen. I wanted to fix it because it's fixable.

First I went to ebay and bought a touch panel. Used the guide to replace it, but alas, when it was all in place, there were dead spots on the screen! They sent me a new one - same thing with this one. I was starting to think my main board was faulty on the connectors! But I gave it a last try with ifixit, and even though I paid a little more for this one, it was worth it. Taking it apart for the 3rd time was almost like I was doing it in my sleep. And I was happy when it came together and the screen was legit and had no dead spots on it anymore.

Just go with the pros... don't get cheap knockoff screens off ebay, get the original OEM, it's just not worth it to save 10-15 bucks. The one that ifixit provides is the real deal, copper sensors, the whole nine yards.