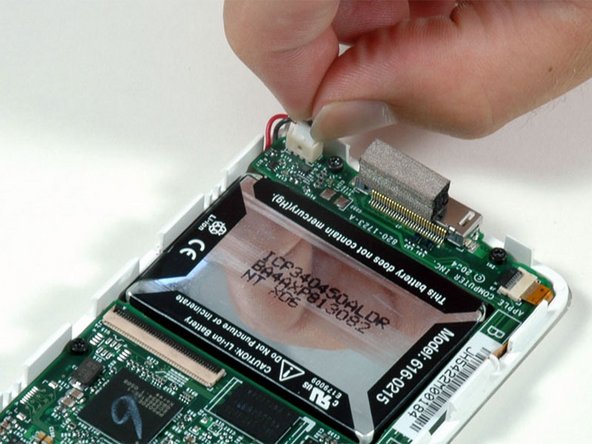 Replaced the battery in our old iPOD for the second time, and was a bit heavy-handed getting the wires out from under the logic board, I guess. Soooo... had to replace the logic board, too.

The iPOD feeds either my studio speakers, or the main stereo system downstairs. Listening to tunes, as I write this.

Followed the guide directions...went well, although I suggested some language changes in the directions. Must say, though, that I had to use magnifying goggles to see the clips on the cable connectors....so maybe it's geriatric eyes that are at fault. :)

I tried to suggest changes in three places, but your feedback system only permitted two. First went ok. Second one, I was shunted off to a screen which didn't permit continuation. Note that the black clips on the cable connectors rotate 90 degrees to vertical, in the direction of the cables. They're easy to lift, so if you're using force, you're doing something wrong.