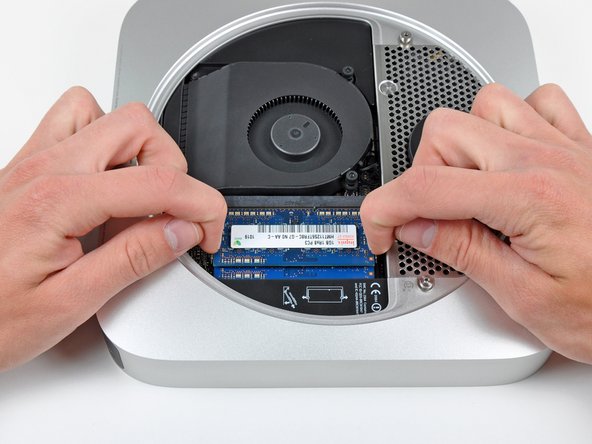 Planned to run graphics intensive programs on mac mini (mid-2011) and wanted to maximize capacity for RAM. Though apple did not offer single 8GB chips on their website, they were available through ifixit. So, I opted to add an 8GB chip to one of the stock 2GB RAM chips that arrived with the mac mini.

Very simple; very easy. Even before tuning on the computer for the first time, I removed the bottom case cover and swapped one of the 2GB chips with the 8GB chip purchased from ifixit. It worked flawlessly and I now have 10GB RAM (which is an additional 2GB in excess of the maximum RAM offered by Apple in a stock mac mini). In addition, I still the option of purchasing a 2nd 8GB chip (which would double the maximum RAM capacity offered by Apple in a stock mac mini).

So, I now have 10 GB RAM at a fraction of the price Apple would have charged for 8 GB RAM... and I still have capacity to expand further.

When purchasing a new mac, definitely check out apples' prices of simple add-ons (like RAM) and compare that to ifixit prices. As in this case, you're likely to get more at a dramatically cheaper price through ifixit.