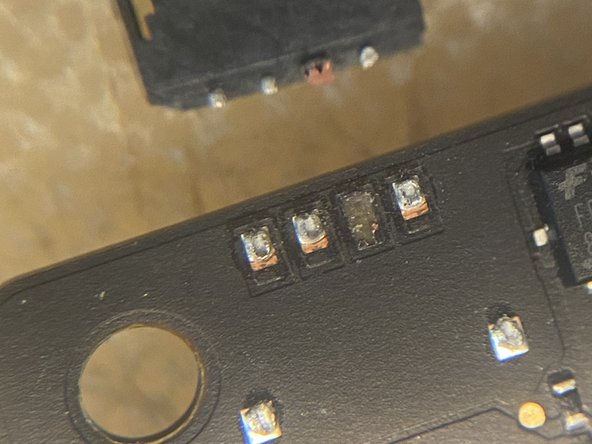 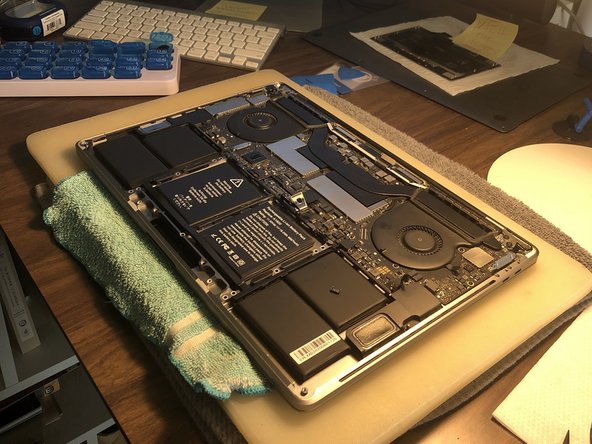 Battery was growing and lifting the screen off the keyboard when closed.

First off.... It was not a NEGATIVE experience.... but I damaged my MAC in the process and I feel there could be some additions to the guide.

I pulled the left speaker connector ( the smaller of the two) off the PCB trying to " TWIST AND PRY" the cable off it.

I think you need either add a fourth image to show it pulling STRAIGHT UP or add a separate step just for that smaller left speaker connector.

Also, I would delete the word TWIST and add a disclaimer to be gentle with that one.

I left ONE ribbon cable tucked under the logic board when reinstalling. Not cool..ha.

I would give the user a total number of cables to account for when reinstalling...perhaps with them all listed by name or images, before continuing with the assembly.

I think I cracked my screen pushing down too hard to scrape off the old adhesive tape. The screen is fine and still looks great.... but now there's a crack horizontally through the middle. I believe its where the edge of the "absorbent towel" I used was.

I did not catch the fact the guide was referring to the super-thin paper towel that was included. I thought it just meant an "absorbent towel" so I put a washcloth under there. It was too thick I believe.

I would change the text to read... "Optionally, you may also lay the included absorbent paper towel directly underneath..."