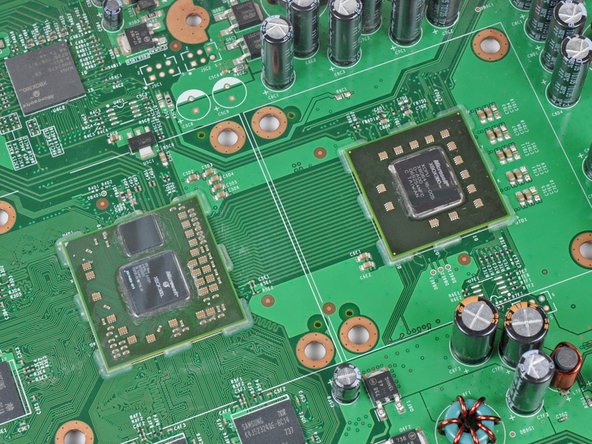 I bought a used XBOX 360 and it needed updates, I needed to run to the store for some food so I left it on to do them. When I got back, I saw the dreaded RROD, so I bought the RROD fix kit.

The repair went as smooth as melted butter thanks to ifixit's guides and videos. Sadly there were no explosions, maybe next time. In total I probably spent about an hour of actual work time. I could have been quicker but this was my first time inside an XBOX 360 so i took time to familiarize myself with the process.

I put the old thermal pad on top of the heat sinks just for that extra bit of cooling. I will admit thermal on heat sinks probably don't do much, but hey whatever.