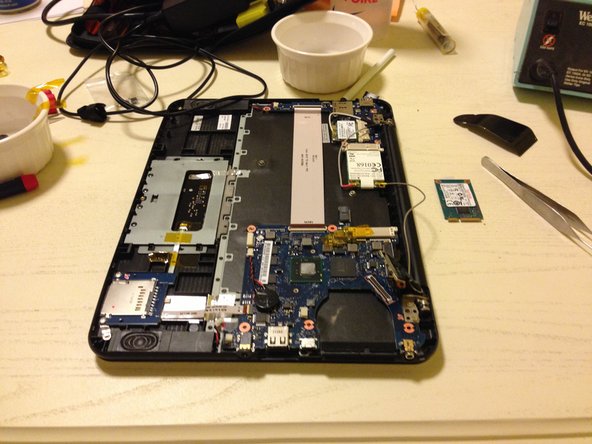 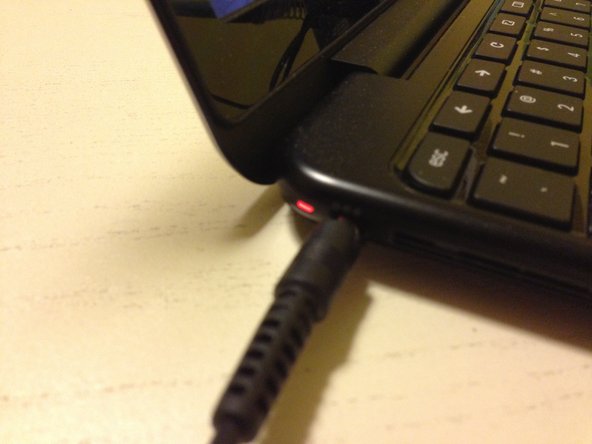 My wife's chromebook took a nosedive off of the bed and onto the corner with the power adapter plugged in. It destroyed the internal power connector and could no longer be charged. Rather than buy a new laptop, I decided to try to repair the connector and salvage the laptop.

I used the iFixit Guide for "Samsung Series 5 3G Chromebook Teardown" to help me get down to the motherboard and remove it. From there I was able to de-solder the broken AC/DC power jack from the motherboard and solder in the replacement I found for 10 bucks on eBay (http://www.ebay.com/itm/AC-DC-Power-Jack...). The most difficult part of the entire process was getting the broken connector removed fron the board. It took some time, patience, tweezers and some solder wick but I got it out in the end. All totaled, the repair took about an hour. Most of that time was spent with the soldering iron.

Seeing how frail the power connector is on the Chromebook 5 series, I would recommend that others be careful. All it takes is a short fall or a good trip on the power cable to ruin the internal connector. If that does happen to you, just order a replacement part and save yourself 300 bucks. Thanks iFixit for a great teardown tutorial!

Can you replace the jack with the motherboard still in place?

In other words, did you only remove the motherboard to make it easier to solder or did you *have* to remove it in order to get access?