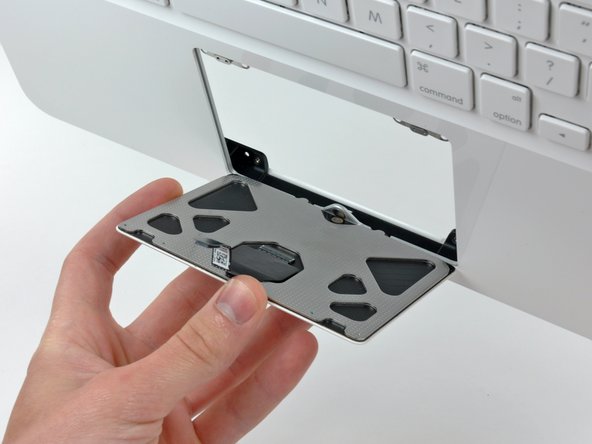 I was given a white MacBook from a friend of mine.

According to a licensed service center, she brought the laptop to before asking me for help, the repair would have cost around 600 €, which was way out of her budget.

Also she was told that the damage was due to a "cocoa-spill", which she thoroughly denied ever happened.

At first I tried the usual, aka. run test programs and then take it apart to clean and check for optically visible damage.

The programs all told me that everything was fine, but upon unscrewing the lower case, I was greeted by the biggest cocoa-stain I've ever seen.

So I took the whole thing apart and cleaned everything.

Et voila, the superdrive worked like a charm again.

For the keyboard which was beyond repair (some milk probably had shortened the internal contacts), I ordered a replacement from ifixit.

After reassembling everything (and changing a few keys) I was done.

Time: around 6 hours, mainly due to my cleaning and fiddling

could probably be done in 2

- even if you live in Austria (as I do) the parts arrive very fast, but beware of import fees