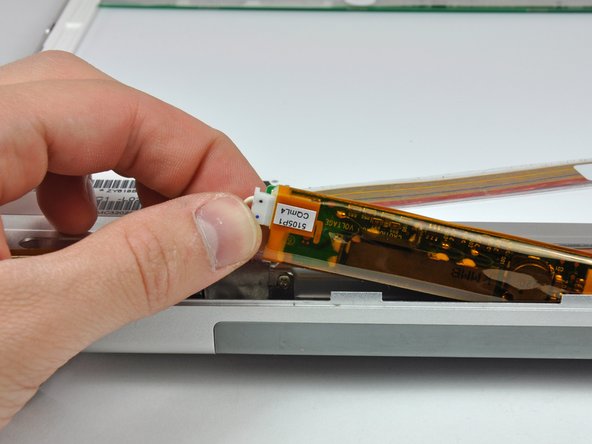 The MacBook Pro was seriously thrashed. It was dropped and dented, the front bezel was broken at both lower side and held together with lots of tape, and the screen was falling apart and did not light up. There was a ghost image and I was able to connect a second screen and get the screen set to Mirror - thus a display on the other screen! That indicated I needed a new Display Inverter.

First I took it apart following the iFixit guide and straightened the aluminum as best as I could. I replaced the bezel and cleaned off the tape and glue all over it, then reassembled it mostly. Still no light on the screen. I ordered the Inverter and installed it, and reassembled. It worked!

Then I finished the reassembly and cleaned up the MacBook, and it looked way better. The client was happy!

Make a parts sheet or cups and mark with a number for each step, and put the parts or screws on/in that number. Makes reassembly far easier.