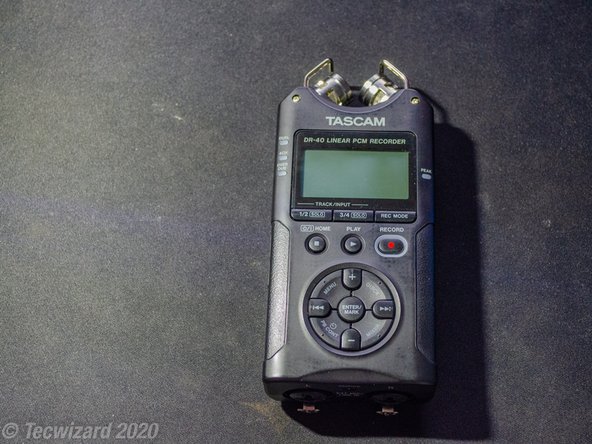 Teardown/Disassembly of the Tascam DR-40 released back in 2012.

Side Note: Ignore the watermark on the images. I forgot to disable it when I exported the photos from Lightroom.