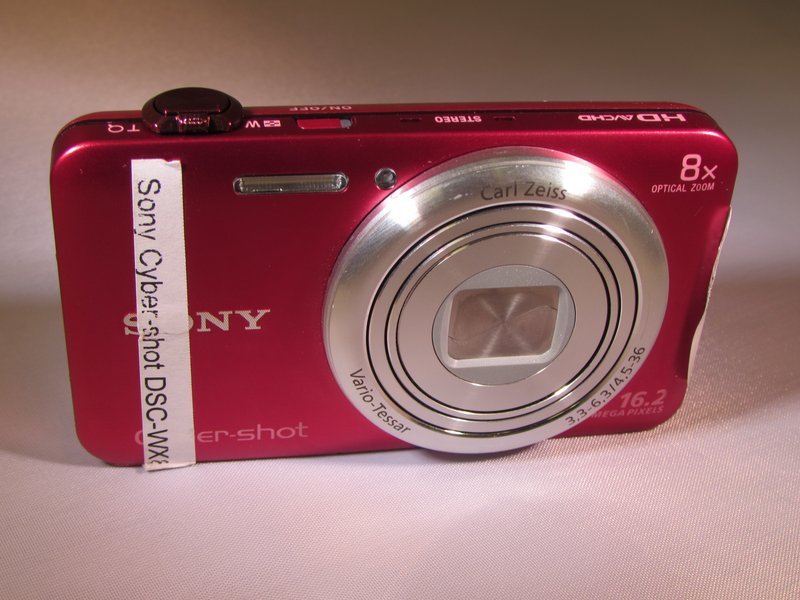 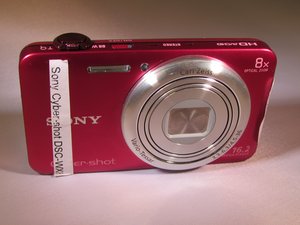 Camera Lens Will Not Extend

The camera's "lens zoom" component is not expanding out of the camera frame.

Often debris like sand or small rocks may become lodged within the mechanical part causing it to be unable to extend in and out properly. If this is the case, removal of the debris is required or a replacement part will need to be purchased.

Sometimes the software in control of the zoom component is not functioning properly. To resolve this issue a software reset should be implemented. If the problem continues then a replacement motherboard may be needed.

Device Will Not Power On

The device, when not directly plugged into a power source, will not turn on.

If a battery is out of charge, you only need to plug in the camera with the battery to push more power back into it. Although if the battery is unable to be recharged then you may have a bad charge cord, a bad charging port, or the connection plates may be corroded. Otherwise, a replacement battery must be purchased as the battery’s internal chemistry is probably the issue and beyond repair at this point.

Power cords often break. This can be caused by animals chewing on them, or by aggressive bending and pulling of the cord. The problem that arises is usually the metal wires protected within the rubber have been torn and the connection broken or the contacts have been bent or filled with debris. An actual repair of the wire should be avoided to avoid exposed metals that may shock the user. Instead, a replacement charging cord should be bought.

Batteries can corrode for a few reasons. If a liquid is in contact with the metal it can react causing a rust like process to occur which creates debris that blocks the connection. Also, if there is a partial connection to the camera, the battery may cause small sparks that can heat up the plates. This can cause a warped layer on the plate that causes a bad connection. In both cases you only need to scrape off the debris with something hard and sharp, usually just a butter knife will do until you have a clean contact.

The pictures taken with the camera are in someway distorted from what would be expected. Either the color is too bright, dark, or saturated.

Generally For All Cases

Depending on what lighting the camera is sensing, it will auto adjust the image to look better for intense or bad lighting situations. Although if this sensor is not working then the camera will make the wrong adjustments for the wrong lighting and you will be able to recognize this. First locate the sensor and see if it is covered or blocked by your finger while taking a photo. If not it may have an internal error and needs replacing.

Tinting is when the image looks very bright and blurry as if the sun was shining in your eyes as you looked at the image.

A color cast can be recognized by one color overtaking all others in the image. Eor example if the entire image is green, blue or red, then there is probably a heavy color cast adjustment your camera has added to the photo.

The Camera device may suddenly shut off if it loses charge, and doesn't have enough time to retract the lens before powering down. Make sure you have enough battery power on the device and try to power it on and off to reset the Camera and the lens may fix itself.

Sticky Gears (debris could be in the way)

The Camera Lens may have some tiny particles in the gears and can prevent the lens from moving freely. Dont force the lens to move. Lightly blowing on the lens can clear any debris or using canned aerosol to help remove anything that may be in the way of it moving.

The LCD Is Cracked

“The Liquid Crystal Display (LCD), located on the back, is the camera’s main user interface that shows photos and other options while navigating the camera’s features.”

Often times when a Device is dropped from even the shortest elevation the camera LCD can crack and be unusable / readable.

Replace the LCD or the camera.

In order to use the Camera you should look into a LCD screen replacement.

“The motherboard is the main processing unit of the camera in charge of all software processing, these units can overheat, or be exposed to wire damage from things like water or cuts.”

The Camera Does Not Turn On

If the camera fails to start or does not fully boot up during power up, you can either try a software reset in case something has become corrupt in the camera’s operating software. If this is not the case check the motherboard to see if circuit looks like it has been exposed to damage. Look for discoloration in the plastic to recognize overheating or check the connections to see if any have been severed or shorted by debri.

Consistent Software Glitches During Usage Of The Device