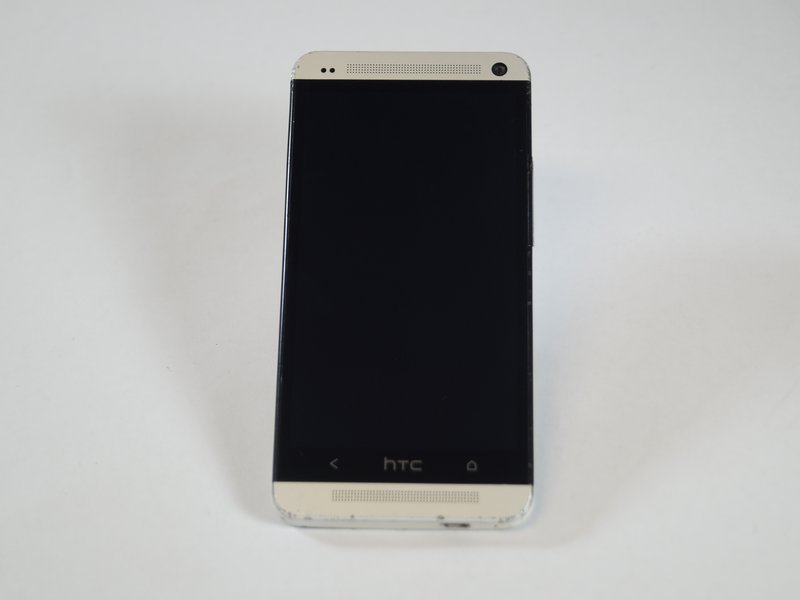 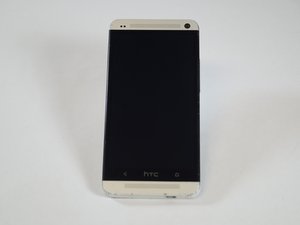 My screen has been cracked and/or shattered.

The screen has shattered

This could have been from fall damage or from your phone getting it’s screen hit. The only way to fix a broken screen is to replace it. Your screen replacement can be found at HTC One Front Panel Replacement

Battery will not charge

Battery will not charge when plugged into charger.

Before opening up your HTC One, check that the power outlet the phone charger is plugged into is operating correctly. Plug another device into the same outlet to make sure power is being delivered.

Try using your charger to charge a similar device. See if the charger has the same effect on the new device. Alternatively, try switching your charger for a new one. See if the new charger improves your battery life. Please note that the HTC One may charge slower on generic USB chargers. Using a HTC brand charger my improve your results as well.

If the above do not solve the battery issue. Your battery must be replaced.

Battery replacement can be found :

Battery will not hold a charge

If the above do not solve the battery issue. Your battery must be replaced.

Battery replacement can be found :

My speaker is blown

No matter what you do, you can't get any audio to be produced from the phone. If audio is produced, quality is very bad.

Check volume is turned up on phone

Using the phones volume buttons, turn the phone to the highest volume

Due to dropping the phone , water damage, or other factors, the speaker may need to be replaced. Replacing your speaker can be found :

Camera does not work

Camera app does not load correctly or crashes

Double tap home button and drag the camera upp upwards or downwards to close. Go to Camera app and tap to open it.

If the camera does not work after checking the phones settings, then press and hold the power button to restart phone. Now open the camera app after phone restarts.

If none of the above fixes the camera issue, a new camera I needed to replace the one in the phone. Camera replacement can be found here:

My phone gets very hot.

Open up your HTC One using the HTC One Teardown instructions and the iFixit tools to avoid damage to the phone.

Unscrew the two screws in the battery connecter, instructions and diagram can be found in Step 8 of the takedown manual.

This temporary fix will cool the motherboard and allow you to continue using your phone for a limited amount of time. After the motherboard has cooled in the freezer, place it back into the HTC One and screw the battery connector back in.

Purchase new motherboard and replace it, using Step 8 from the takedown manual once again.

I need an answer

Try replacing you phone with a different one ;)

how to fix purple camera problem?