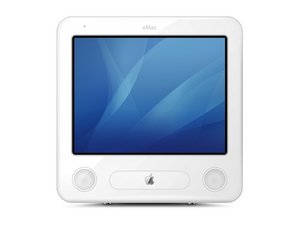 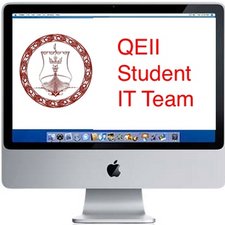 Can I fool my processor?

I have a 1.42GHz, 1GB RAM, 80GB HD eMac. It has a PowerPC G4 processor. Several applications run only on intel processors and I was wondering if you could make your processor think it was intel (or even G5), similar to the way you can fool your RAM to make it seem bigger.

the powerPC architecture isn't slow, it works differently then the x86(Intel) architecture. PowerPC's in general are faster then their x86 counterparts, a 400Mhz PowerPC G4 could easily out-peform a 1Ghz PIII, in speed and workload. The 1.6Ghz PowerPC G5 could work much faster than a 3Ghz Xeon at the time as well, and most likely, the G5 Quad 2.5Ghz could beat a dual core iMac or Mac mini. My powermac g4 doesn't have streaming issues, it can stream youtube and online video fine. It has a single 1.25Ghz PowerPC G4, and doesn't have any of those issues. what version of mac os do you have? leopard might support netflix streaming, it does on mine. but you can't make a powerpc emulate an x86 processor, PowerPC is a RISC(Reduced instruction set computing) architecture and x86 is a CISC(Complex instruction set computing) architecture, so they have no cross compatibility, with out rosseta, but that it intel to powerpc, not the other way around.

My eMac runs 10.5.8 Leopard and video streaming is relatively jerky

oh, well then i don't know, you could try upgrading the ram, unless 1GB is the max on your model, what about the graphics, my g4 has a GeForce4 Titanium 4600 128MB, but eMac graphics are integrated

Netflix specificaly requires Intel unfortunately, although it does work with Tiger. I find that single-core G4s don't work well with YouTube unless you have over 1GB of RAM. I've sold hundreds of iBooks and YouTube choppiness has always been one of the primary complaints.

Thanks for the interest, according to Apple 1GB is the max RAM, but [mactracker.dreamhosters.com|MacTracker] claims the actual is 2GB. What does this mean? Does that mean 2GB is 'risky' or not recommended?

sometimes on certain older machines, the max memory specified by Apple is lower than what will actually work. This is usually because of the available memory module capacities at the time the machine was introduced, and possibly later higher capacity ones became available and Apple never updated the spec. This was true for my old iMac G4 which officially only supported 1GB but works fine with the 2GB that was listed in Mactracker. Generally you can trust the specs in Mactracker in my experience.

On a similar note, I'd love to be able to stream Netflix on a PowerPC computer, but the web page will simply not do it, and it states lack of an Intel processor as the reason. It would be awesome to be able to set up cheap "Netflix streaming computers" in living rooms, but like I mentioned, I don't think it's possible due to lack of processing power, and probably also code being specifically written for Intel. I've resorted to using Intel Minis for this purpose, and they are great machines, but more expensive than is feasible for some.

if the application requires an intel processor because they use snippets of assembler for performance, short of running an emulator, no way.

BTW you don't want to fool the processor, you want to trick the program

my powermac g4 has 2GB PC3200, and runs youtube fine, but i've never tried netflix just to clarify that, and bac, good to know, i can try to upgrade my iMac g4