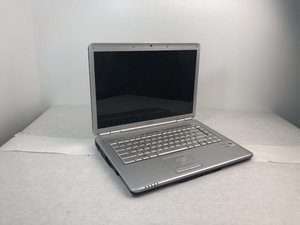 The Dell Inspiron 1526 was a laptop released in 2008 known for the a swap-able face plates and its portability.

Laptop turns on but does not detect a ac adapter ...

The laptop does turn on and boots as long as a battery has juice but when plugging in multiple power supply's it simply will not detect one being plugged in. In the bios and in windows it doesn't show plugged in like it doesn't exist.

One weird thing I notice is when plugging in a charger the brightness of the screen changes very I want to say brighter but now cant remember, could be dimmer.

One thing I did is with a volt meter I measured the readings from the jack on the motherboard with no charger plugged in and it measures like 3.5 volts something like that, when I do plug in a charger it actually reads some voltages, it reads like 16.5 volts. Should it be reading like 19.5 volts or is this volts of 16.5 good? anyone know whats up? Thanks