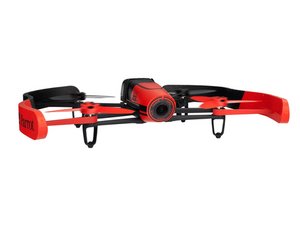 The drone is a Wi-Fi capable and it's equipped with a built-in HD camera. It is used for taking pictures and filming. Model number: PF722000

The light on the drone blinks green then turns red

After I had an accident in which my Parrot Bebop fell about 75 feet, I could not turn the drone on again. When I pressed the rear light to start the drone, first the light blinked green and then turned red.

I at first thought the problem was one motor that had been damaged. I replaced the motor in question, but the light still blinked green and turned red.

Eventually, I took the drone removing the motors, camera, and gps until there was only the motherboard connected to the battery. Now, I still get the same response. When I press the turn on button the light blinks green and then turns red.

Do you have any suggestions for repairing this Parrot Bebop?

Have you found a solution? I have the same problem and am unable to find a cure anywhere.

This has to do with either

Or disconnected GPS board