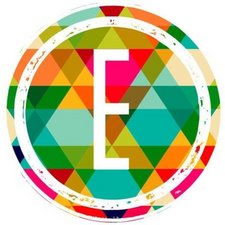 Why is my phone not respond to touch?

My iPhone 6 is really bugging me! It was fine the other night, but when I woke yesterday morning, my phone would not work! I've tried everything! I have even tried to force restart it, like hundreds of times and it still would not work! Sometimes, if I literally slap my phone I could get in my password and do somethings on my phone. It would only last a short period of time though before it would get stuck again. The longest my iPhone worked without getting stuck was 20 minutes. Those were one of the happiest 20 minutes of my life. Wow, that sounds sad. Anyway, its been doing this for a day and a half now and I still don't know want to do! Last night, I let my phone shut down for the entire night. This morning it worked for about 5 minutes. HELP!

1/ First suspect is always the screen. Must be replaced and tested over a short period of time.

2/ If that doesn't solve it, you have a problem with your touch circuit, and most probably the chip that controls the touch (commonly known as touch IC failure - touch disease iPhone 6, google it).

The first can be solved by yourself trying a new screen on by following this guide which also has the links for the needed tools and parts. Or you can take it to a repair shop. They would be able to diagnose it for you and replace the screen.

The second possibility (touch circuit failure) entails a delicate repair that should be done by a reputed shop only. For someone with the right experience, it is a straightforward repair in 95% of cases. In 5% of cases, the phone may have weaknesses due to the same drop that causes touch circuit to fail, and when trying to fix it, it dies.

For this reason (the 5% or the chance that your tech was not as experienced as should be) I also advise you to get your phone warm with a hair dryer. This should restore touch for a short period of time. Take advantage of that window of time to pull a back-up either on your computer through iTunes or on iCloud before sending it in for repair. This way you have your data saved at least.

A final note: we've seen wannabe techs jam SIM cards or electric tape underneath the logic board to put pressure on the touch chips and make them work for a bit - but that end up causing major problems down the road. Other times such techs would "reflow" or "reheat" the IC controllers. This repair is temporary at best and the phone will fail soon again. Repeating it over and over will eventually kill the phone. So don't aim for the cheapest repair, aim for the best repair tech because otherwise it will end up costing you more.

The only way to do it right is to remove the chip, reball it or replace it, and then preferably but not necessarily apply a "future proof shield" to strengthen the frame of the logic board. If you are going to have it repaired, ask the store or the tech what they are going to do and if it is not the "replace or reball" option, run.

First I would check your connection of your screen to make sure that the connector is making full contact; and if that doesn't solve the issue I would replace the screen.

If the iPhone shows a flickering grey bar on top you can almost be certain it's touch disease.

Maybe your lcd does not connected on the board well .Is your phone opened ?maybe its not well placed if its not try replacing the lcd .Hope this one helps

hello i am shoaib , i see what your problem i have solution for this problem,if you are engneer?end you understand so hardware so,

You can exhaust yourself,

first ; dilever your mother board end normal heat your touch ic then pack your phone...