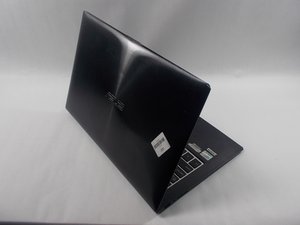 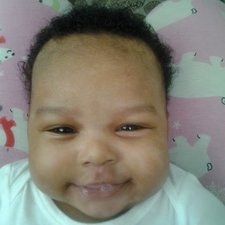 -Power button works - Soon as pressing power button once with no hesitation computer automatically comes to this screen -Never has it loaded anything besides this screen, since the problem first occurred -pushed power button once; fan turned off, but screen seems to be in sleep mode or hibernation mode -Held power button for about 4 seconds released screen just appeared back on with BLUE BOX

-20MINS to unscrew the screws, this is what was presented ONCE IN ! -Carefully lifted yellow tape then detached battery chip that was connected to the motherboard 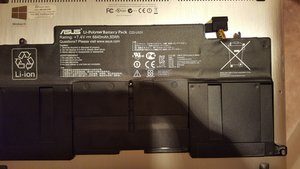 Battery once detached from laptop 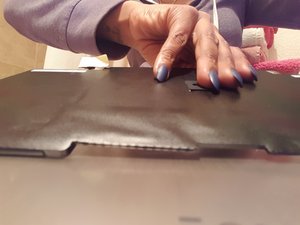 Located this battery, wasn't too hard to find due to it being under the main battery

-Took KTS battery out, waited almost about an hour before plugging both batteries back in 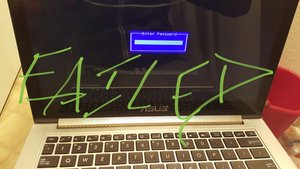 Could you please better explain what the problem is? With full punctuation​ and grammar, please?

However to answer your question, if this is a CMOS password it is asking for, then no. You need to search for an HP backdoor password or pay for one on Ebay.

If this is a Windows administrator password, there are ways to get in. The easiest is using a Windows 8 repair USB.

I updated with Pictures.

Yes, this is a CMOS password. On modern computers, you can't simply reset by pulling out the battery.

Thanks for the video, but what did he enter in the "Enter Password" section to get to the settings ???

So he just was demonstrating a user password he set that showed an administrator password was locking the computer.

The way to get rid of it is go into Windows. Set the date exactly as the video has it. Go back to that admin password screen and hit ALT+R and enter that other password.

You were almost there!

Near the connector for the battery marked "KTS" are two contact pins next to a label J2001.

What you need to do is to short them by connecting the two points. You can do this using a small flat-head screwdriver.

2. Hold a flat-head screwdriver over the two points

3. Hold the screwdriver in place and connect the power

The laptop should turn on and remove the power password.

It might take you a few times to do this correctly.

Here's an illustration from a similar laptop. (As your images are already annotated) 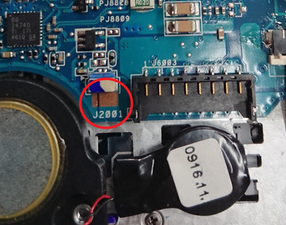