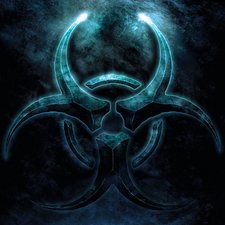 Possible GPU overheat issue, or something else?

I came home and my brother was on World of Warcraft. Usually I think nothing of this(I don't like it) but ever since the new update it's been acting funny. We don't have the actual WoW: Cataclysm disk, just the update that they kind of force upon you. Anyways, while he's been playing the computer has been freezing solid, like rock solid. The screen will stay on, but there is no way of quitting out of the game except for holding down the power button till it shuts off. Usually this iMac runs hot, about 110F CPU idle and a bit more on the GPU. Right now I'm using SMCfancontrol so the fans are running about 2800RPM's +/- 50. The temps are 94F CPU, 104F GPU, and 106F GPU Diode. All I have running is google chrome. So, is my GPU over heating or something else? I also have the log from it, but I have no clue on what it all means, so If you want that I'll send it to you in a message or something as it's really long.

Be ashamed, be very ashamed

:( My parents have threatened me with death if this iMac gets screwed up again... the first time I accidentally deleted half the OS, fixed that, the 2nd time it was me trying to bootcamp it but failing and wiping out the whole hdd

Pretty sure you'r system is operating within normal temperatures. What application are implicated in the crash report?

Aside from freezing in WOW do you have any other symptoms at all?

WoW is the application... Here is a link for the file that contains the crash thing