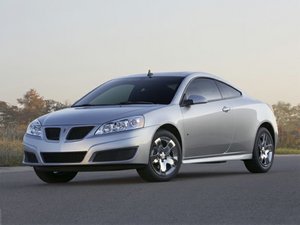 The Pontiac G6 was a midsize car that was produced by General Motors. It was introduced in 2004 for the 2005 model year to replace the Grand Am.

Warning lights all came on then all gauges went black. Power st failed

Today i was driving i noticed my battery light come on. Wile i was driving all of a sudden the warning lights all came on and the car began to chime. power steering failed and the car became very hard to steer. I was able to keep driving (heading home) and the gauges all went black and the car began to surge. finally it stalled. I was able to start the car again once and drive a touch more (power steering really stiff ) however it would not start again. all the electronics in the car seem to be running slower I.e. Windows moving slowly. Could this be the battery or connection? wiring problem?

Could be different but this sounds very familiar, I once had my car show the battery light then stall out seconds later and powered on a couple more seconds then wouldnt even jump start. Likely a bad alternator judging by the battery light. Or if you havent replaced the battery in a while it could be a bad battery, However if it shut off whilst driving its more likely than not the alternator as even with a bad battery a car can be jump started, batteries tend to only do the starting and some of the low power stuff during a drive, the alternator is able to keep the car powered completely on its own whilst driving. Did you hear a high pitched noise almost like an airplane taking off coming from your engine bay (not a squeaky belt) thats a sure sign of a bad alternator. I’d start there, best of luck :)