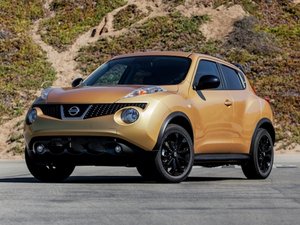 The Nissan Juke is a subcompact crossover SUV produced by the Japanese manufacturer Nissan since 2010.

I have a Nissan Juke, 2013, when does the timing chain need to be replaced?

I wasn't actually told if my model (Nissan Juke. Acenta 1.6 & 13 reg) has a belt or chain; which was what I wanted to know. As for the recall, I'm in the UK, did the recall include UK models?

That Bulletin was for North American Juke models, USA, Canada, and Mexico. Are you also seeing a surge of people in the UK having early timing chain problems? The chain and guides should be good for the life of the car. Perhaps they also used the same defective chains/tensioner guides on your engines as well. Check with your European HeadNissan office through your local dealer and let me know what they say. What year is your car?

Nissan Jukes generally have a turbocharged 1.6 Litter engine that uses a timing chain. Some of the engines (2011 - 2013) contained a defective timing chain that was covered by a Nissan factory recall. If you call Nissan with your VIN number they will tell you if yours contains the defective chain. Chain replacement for those not on the recall will vary depending on maintenance and driving conditions. A Nissan dealership will diagnose the amount of wear on the chain by listening for a pronounced, distinct rattle from the front of the engine. Listen to your engine and don’t take chances. If you hear something weird get it in.  If the chain breaks it will destroy the engine.

Why were 2014 (2014 model Jukes produced in late 2013 year) and 2014 Juke models produced in 2014, not included in the 2011-2013 Voluntary Campaign? People with 2014 models are also having timing chain failures? These people have to now pay to have their Jukes fixed for something that is Nissan's fault for installing chains that were defective and not up to quality standards???

Timing chains are supposed to last the lifetime of the engine, but that’s never the case most of the time as it depends on the quality of the chain and the maintenance regimen of the owner. They usually do last the lifetime of the engine properly maintained (provided it is a quality chain, like a Toyota chain) but with poor maintenance they usually start to wear out at the ~100k mile point. That will vary if ANY of the maintence was delayed or skipped.

However, on these Renault era Nissans (1999-present), even proper maintenance doesn’t help most of the time because these are just lower quality compared to the ones that predate Renault having a say. The other thing with Nissan is they usually use interference engines - which are more powerful, but are prone to head and block damage if the chain/belt breaks, so you need to check the engine with a borescope camera for piston, block and lifter damage if it breaks. Check the engine code to be sure, but Nissan is fully onboard the interference train unless this is the rare exception.

That said, if Nissan is issuing a TSB/recall, it’s likely interference and they know they’re on the hook for engines if they don’t recall the bad chains since you and the others who own them will be in the right to demand new engines because they ignored it.

The 2011-13 MR16DDT Juke has known timing chain issues, so if you want to avoid *any* issues, get it changed at your expense - cheaper to change the chain then the entire engine. However, the VIN will give you a definitive answer if you’re in the US by checking it on the NHTSA website. If the engine has been replaced, there is no way to be sure without just getting it done.

Note: HR16DE engines are not affected. If you hear about the VR38DETT, this is a Nismo engine, so it doesn’t apply unless you have one and know what makes the Nismo edition special enough to pay for it.

In general, most timing chain engines are interference designs. If the chain breaks this design usually ends up damaging the block and pistons, basically ruining the engine beyond repair. It MUST be replaced when it shows early failure symptoms to protect the engine, especially on interference engines.

And when the owner had regular oil changes done by the Nissan dealer and was taken in for regular inspections as required by Nissan instructions in the Owner's Maintenance Guide, so why when it began to "rattle" under the hood, did it have an early timing chain belt failure? And in checking the VIN# with Nissan Head office, the 2014 MY Juke SL at 106,824, when analyzed by Nissan Dealer, was it not included in the Juke Recall, yet it did have a chain failure! And I know it has to be replaced when there is a sign of failing or it will destroy the engine, but the case is that these chains do not fail with such low miles, do you not agree?

@teddy123 Renault quality at it's best. Probably due to the mileage, since it's up to the dealer. It sounds like the chain broke and you got to meet the downsides of interference design. Yep; that's the timing chain going bad when it rattles like that.

They should be forced to cover it, although in their defense it did last 106k miles. That said it's still a BS move on their part to refuse WITH A KNOWN ISSUE even at that mileage. I could understand if it was a TSB, but NOT a recall. I would demand a new engine if they refused and it damaged it. To add to that, the VQ V6 engines use a timing chain driven water pump in the oil, so if it leaks you destroy the engine. Great...

If it is actually a timing chain and not a belt; then possibly never. Timing chains last many hundreds of thousands of Km's (Miles). They should have an automatic tensioner and slippers that will need to be replaced at certain intervals. If you have your original service book it will tell you when to change the timing chain/belt.

Update: on the 2011-13 year models there is a recall for timing chains, for a free fix. Due to a faulty component. Book your vehicle in to a dealership and ask them to check it for all recall campaigns. If any are required they should be fixed free by a dealer.

wish this happened in the UK, Nissan are a joke my car has done just over 36k and needs a new chain etc now estimated from 1K to 2.2k to fix !! no one will accept responsibility on this. There are 1000s that have gone wrong. Their customer service is pants !! any help appreciated

My sentiments exactly. My 1.6 turbo sport nissan juke has done 38.000 miles. Customer service were lovely, thought I had a case for a repair on my faulty timing chain! Then when I spoke to a guy named Benjamin from head office. He basically patronised me thinking I didn't know anything about timing chains. When I stated that they should last at least 100.000 miles or a lifetime of the car. He stated there was nothing he could do from nissan. He also stated if it hadn't got full service history they wouldn't look at it either! It has 5yrs out of 9 yrs I told him. I stated it didn't need servicing every year due to low mileage. But still the wouldn't help me. I have a disability where I'm in chronic pain 24/7 and stress makes my pain intensify. I now have to pay £1000 to get it fixed by a garage. I think it's disgusting due to the amount that have been recalled back. I'm sure my car should of been one of them too! I have no faith in Nissan now whatsoever! I don't think I will be recommendin them again!

all cars will have a mileage/time interval. The nissan juke service interval is every 12 months or 15000 km. Even though you cover low mileage the car still requires a service every year.

and if you put your registration in on here https://www.check-mot.service.gov.uk/?_g... you can see if your vehicle is up for recall.

In Canada, why were 2014 (2014 model Jukes produced in late 2013 year) and 2014 Juke models produced in 2014, not included in the 2011-2013 Voluntary Campaign? People with 2014 models are also having timing chain failures? These people have to now pay to have their Jukes fixed for something that is Nissan's fault for installing chains that were defective and not up to quality standards???

Check with the dealer to see if your VIN# was under the recall program and if it was replaced then? Is there a problem with it making a “rattling “ noise now?