Why do I have lines running across the screen after LCD replacement?

I have just replaced the LCD on my 2016 MacBook Pro A1708. It was working perfectly for a few days or so and then suddenly the screen started getting lines running across the top of the screen. It didn't affect functionality so I didn't think much of it.

Then it started happening more often and now, when re-opening my laptop after a prolonged period, the whole screen will be black apart from a cm section at the top. Over the space of 5 minutes or so the screen gradually becomes more responsive and the image on the display gets revealed.

When the lines are on the screen it is almost as if the data can't be transmitted to all areas of the screen quick enough - there is a portion of the screen which works as usual and then the other 95% of the screen doesn't work until it's been sitting around for a while with the display on.

Is it a ribbon cable? Or is it a new LCD? I doubt I'll be able to get much of a refund from the seller of this replacement LCD that I used so I'm hoping its fixable... 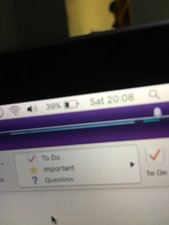 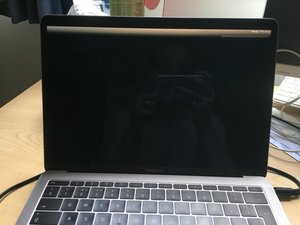 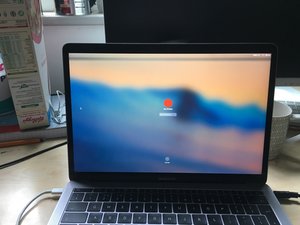 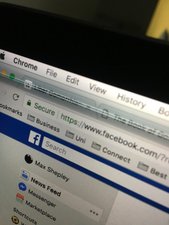 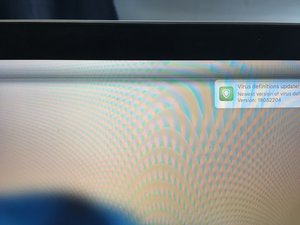 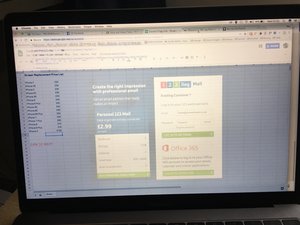 Here are some photos of the LCD. As you can see, when the screen is still trying to get working, it almost splits the display so 50% will be one window, and then when I click something else, half of the display will show the window, half will show the old window in a type of overlay. Very odd!

This problem is a little complicated, you are not sure what exactly causes this issue. Try to reinstall lcd cable or try to push lcd cable and see if the image quality change. In this case the problem is the cable. In other case you need to check with other lcd or check connectors for any damage. Good luck