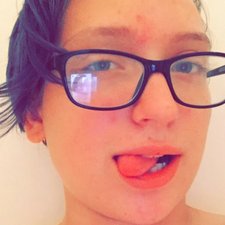 I broke my phone screen not that long ago and I wanted it to get fixed and I saw a place in a mall where there was a sign that said “We will fix your screen in less than 20 minutes” it took only about 10 minutes but ever since that my phone is overheating really fast whether I’m on it for a few minutes or I plug it in and a few minutes it’s extremely hot. Everything seems to work fine it’s just it keeps overheating. I am indoors but I have no AC not sure if the temperature lately is doing it. Or maybe the fact that I got a different screen I originally had a black screen but the place only had white so I’m not sure if that would make a differnce but that’s the only factors I think it could be...

Cell phones don't have internal fans like a computer and rely heavily on design for airflow and cooling. Apple is really uptight about having your phone fixed at a non-apple tech and doesn't make its replacement parts that readily available; you can find "compatible" parts but using those or the non-apple tech technically voids any warranty on the device. So, although the guys in the mall mean well and are probably doing a good job, they are also most likely not using apple replacement parts and the parts they do use could interfere with the airflow of the original design.

Aside from that, did you get a new case after the screen fix? Some cases smother phones more than others, obstructing airflow.