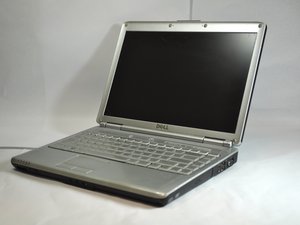 When I plug in the power supply to my Dell Inspiron 1420 the green light on the power supply goes off instantly and stays off, unplug the power supply and re-plug and the light comes on green again and repeated serval times with the same results, will not show that it is charging, boots up on battery only.

The OEM batteries are all old and were affected by the 2006-2008 Sony recalls. Generally with these Sony recall Dells, the battery was replaced with a newer battery that is much more sensitive (and doesn’t last anywhere near as long as the old Sony packs). Based on the fact the BIOS didn’t throw a fit and a permanent battery failure warning at POST, it sounds like you have one of the old Sony batteries with the old BMS. The other clue that it’s a Sony battery is the fact it still has some life left. The recall replacements didn’t last anywhere near as long.

However, those “safe” Sony batteries from the recall period are all 10+ years old and it’s a matter of when these old packs fail. They will all die, even if they have run this long before it got to the point problems come up. I have one of these “safe” Sony packs in a old HP Compaq and I have weird graphical issues with that only show on battery only power but not with the battery with DC power. I’ve chalked it up to the battery being old and finally dying.

It's so old it only has ~6,000mWh left so I think it isn’t providing enough power to the video subsystem. It hasn’t shown the correct number when I look at it specifically for a while, so I think it’s low enough the BMS can’t tell what’s left with any level of accuracy. Once all of these packs get that low they may or may not keep going.

Anyway, take the battery out and run the notebook that way. If it works without the battery, you have an original battery from 10+ years ago and it’s dead.