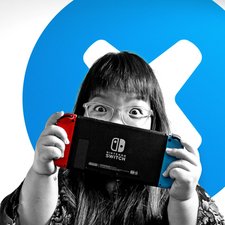 Late 2011 MBP Will Not Boot to Login Screen. White Screen. 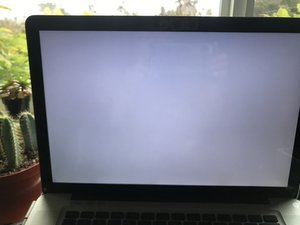 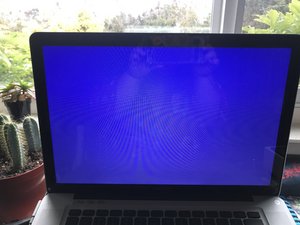 These are the two screens that I keep seeing after I try to turn my 15” Late 2011 MacBook Pro on. It was shut down prior to this as I always let my computer die and I don’t keep it on the charger. I’d say the last time that I was able to use my computer, normally, was about last week. There was no sign of it being weird or acting out during that time.

More Info About the Computer: I am the only owner of this computer which was purchased in Early 2012, and have kept it in great shape ever since. There’s a 500GB SSD in place of the optical drive and a 750GB HD from when I originally purchased it. It’s the 2.5 GHz version of when this model came out.

What I’ve Attempted: I’ve already tried the NVRAM/SMC/and all other resets [numerous, and I mean NUMEROUS times] in addition to trying to boot in both recovery and safe mode—which it will not allow me to do as it goes to the Apple Logo with the progress bar and then, to the white screen only. No luck there. I’ve tried CMD + S where you are lead to the terminal screen as a “single user” and still haven’t been able to get it to boot up normally. Here’s a link to what I’ve tried, essentially: here, in addition to whatever the Apple Support page provides with this issue.

I even went to calling Apple Support for about an hour and the representative, after telling him everything that I’ve tried, laughed because he was going to tell me to try everything that I already have.

What I find hilarious is that my computer seemed to have stopped working as soon as I received my 12.9” 3rd Generation iPad Pro. Oof.

All I want, at this point, is to save my hard drives. I want to be able to take them out and save what’s on then. Is this possible at this point?

I greatly appreciate any help or advice at this point. I would like to avoid going to the Apple Store because we all know what that’s like, especially with an older device wayyy out of warranty. I am fine with just saving my hard drives and not so much the computer as I’m slowly walking away from Apple. I only want to own the iPad at this point. ;)

gfxCardStatus will disable the integrated graphics chip. Pull the drive and hook it up to another Mac via USB adapter. Download the https://gfx.io and install it and turn it on.

Put your drive back in the 2011 machine and let her run.

Hi Mayer! Thank you for your response + helping out. I may give that a try the next time I am able and see if I can get "her" up and running. At the moment, I am not in any desperate need to get the computer up and running (thank goodness), but it may be good to try this out before it comes to a point where I do need a computer. Thank you again! I'll comment back once I've tried this.

Let’s give this a try restart your system and this time hold the T Key to enter in to Target Disk Mode. This bypasses the start up POST. You may need to clear the SMC by disconnecting the charger and battery, then press the power button for a good minute then reconnect the battery

If you can get into Target Disk Mode your system is now acting like an external drive will will allow you to connect your failing system to another Mac via Either FireWire or Thunderbolt back to back Understanding the Applications for Target Disk Mode.

Sadly I’m suspecting your dedicated GPU logic has failed. You’ll need to see if you can get someone to repair your logic board or replace it.

Here's one other approach which turns off the dedicated GPU altogether! How to Flash Custom "DeMux" gMux IC Firmware on a 2011 15" MacBook Pro

I did want to see if my computer would let me do this, and I did see those symbols appear on my screen. However, I did not have the necessary thunderbolt/firewire cable to connect to another computer so I proceeded with taking out both the HD + SSD that I had and plugged those into the Enclosure that I had which worked. Ultimately, I wanted to just get my things up + out of there. I may try this again with the appropriate connection and see if I can get this computer up and running again. I appreciate this response, Dan!

The fact you see the symbols in Target Disk Mode cements the issue is your dedicated GPU has failed. So you can get the intergraded graphics services within the Intel CPU to run your display with firmware fix.

I experienced the same issue with my MBP 2011. It seems the AMD GPU bit the bullet. Before trying to flash some firmware, try this extensively documented software solution.

But make sure to follow this tip if you are already on High Sierra, Single User Recovery Mode seems to be gone so you have to do it this way.

My MBP is now back to a fully working condition but only the integrated Intel GPU is working. Games probably won’t run as nice as before but I am not much of a gamer. Sadly, connecting external monitors is now impossible. But I’ll wait until Apple get’s it’s keyboard act together before buying new hardware.

Best of luck, hope things will work out fine for you, too.

Hi Dennis! I appreciate you responding and I'm glad things worked out for you. At the moment (as I mentioned for both Dan and Mayer above), I do not need this computer to be operable right away however I'll try my best to see if I can attempt these troubleshooting steps presented and comment back what I find. Thank you again!