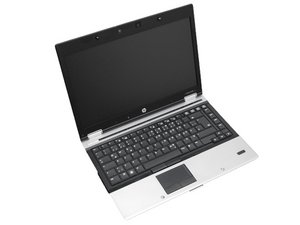 Lid stuck shut and wont open so cant use

My HP 840 P elitebook won't open oh, that is stuck shut. I use it almost every day and today for some reason it will not open. I do have it facing me the correct way to open. Lol. ( Read online sugestion ) Somehow a latch must have been engaged to lock shut.

It sounds like the hinges are stiff from how you described it. You will need to get the laptop open to replace the hinges, unless they can be adjusted. HP loves Torx when tis was released, so you usually need a T6 or T8 Torx driver - get both to be sure. For the Phillips screws, a typical #1 driver will work.

When you open the laptop, put one hand down on the component side and force (but not damage) the lid to open - this method is risky so take your time, but the risk of damage is not as bad on the business laptops. If you do not want to chance it, open it enough to get the assembly off, and then take the laptop apart enough to access the hinge screws on the lower chassis. It may be repairable without new hinges, but you usually need to replace both hinges.

Refer to this guide to check the screws and hinges. Check eBay for a known good used set - HP doesn't sell new parts for the Core 2 Duo laptops - including the business series. You can also buy entire LCD back lids with hinges as well, which is a good option to refresh machines in “meh” cosmetic condition if the hinges fail.