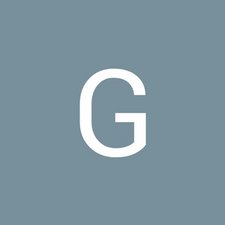 I have a MacBook Pro Retina 13” Late 2012 model which worked really well until July when the battery (which had been really bad for a long time) stopped working. So I ordered a new battery from iFixit and changed it, everything seemed to be fine and the computer worked very well again.

Well, around a month after I had changed the battery, one day the computer wouldn’t turn on anymore. I opened up the case and didn’t see anything abnormal, however, after a few days (without doing anything, computer was just on my desk, turned off and not connected to AC) I noticed that some of the battery cells had swelled up quite a bit. So I contacted iFixit customer service and they sent me a new battery. Unfortunately the computer doesn’t want to power up with the new battery (not completely without any battery either).

After connecting the new battery, the fans would start running at full speed after I pressed the power button, and they wouldn’t stop until I pressed the SMC reset buttons (pressing down the power button made the fans stop for a second before starting to run again). The fans worked for a while but nothing appeared on the screen, no sound, no keyboard backlight, nothing. But not even the fans work anymore, nothing happens.

What do you think is the problem? I am quite frustrated as it seems apparent that the problem was caused by the iFixit battery as the computer suddenly stopped working and then the battery swelled up. I could bring it to an authorized Apple repair but in my city, just a quick diagnose is € 50 / $ 55 and I certainly won’t use several hundred dollars on repairing my computer as it’s very old and not worth much anymore.

At the same time I would not like to buy a new computer without knowing what happened to my current one and not even knowing if it’s actually broken or if it’s just a minor problem. Do you have any guesses about what the problem might be? Any suggestions for further steps? Or should I just go buy a new computer?

Also: Are there any easy ways to get my data out of my SSD? This isn’t super important as I had taken a backup just a few weeks before this happened but still preferably.