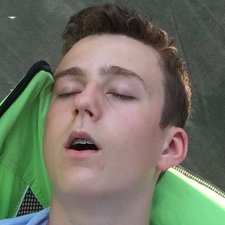 Brand new Nubwo headset not working with Xbox one

So over the last two years I’ve had a reoccurring problem with my headsets for my Xbox. Originally I just used the headset that I got with my Xbox but it stopped working after about 6 months. I eventually got a new turtle beach headset as a replacement and it worked great for the first couple months but around the 3rd month it started getting really “fuzzy” the noise would turn on and off randomly and then it just eventually stopped working altogether. After this I thought maybe it’s a problem with my controller so I then got a new controller but this time it had the on and off effect again right away. So I got a new headset and controller. The headset is an Onikuma and the controller is a regular Xbox one controller. The headset came with a little bit of damage to the cable but it worked fine at first and after a bit started showing the same symptoms as the other turtle beach headset. This headset however has started to have an echo. So my friends in the party chat with me can here themselves echo even when my microphone is as far away as possible and my tv volume is all the way down. They can also hear my ingame volume. So say they are in Minecraft and I’m in modern warfare they can hear the explosions and gunshots from my game. The weirdest part about all of this is that they can hear all of this even when I’ve muted my own mic. I finally got another new headset today and tried it out for the first time it is Xbox compatible but it doesn’t work at all on any of my controllers but it does work on my computer. I read other forums and they said to try compressed air on the audio jack however this didn’t work. Any tips for what I’m doing wrong or what the potential problem is?