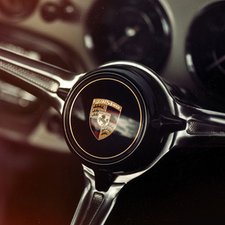 The gpu is starting to go, as sometimes the screen comes on and then sometimes a black screen. But you still get the boot chime and in the left corner turning the brightness up and down you can see a blurred white light on the screen. Gpu dead…

Now there is so much info out there but no one has made a list for this model.

Please help me. I'd like 1gb/2gb of gpu power! I've got 16gb of ram and want to dual boot with windows and play dcs.

What card should I put in? I've been told that mxm cards work? Also the HD 6750? But I'd like someone with this model and year to help me

Here's the specs for your system:

This model has two configurations an intergraded GPU (NVIDIA GeForce 9400M) The other version offers a discreet GPU board ATI Radeon HD 4670 (MXM board).

If you have the NVIDIA system you will need to replace the logic board if the GPU is failing.

If you have the ATI (AMD) Radeon system,s then you can replace the MXM board with a new one.

As to which board to get you really need to stick with the ATI Radeon HD 4670 with 256MB, Apple P/N 661-5308 as this series is not able to support the newer GPU boards. Also the CPU will hold the system back so you just won’t get the performance you want.

It would be smarter to get a newer 2011 system which offers a faster CPU as well and drive interface.