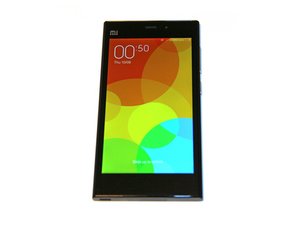 The Xiaomi Mi 3 is a high-end, premium Android smartphone that is produced by Xiaomi.

I have a problem with my redmi note 3. Before it goes off my charger overheated. Then it can't be charged again.

My phone goes off and when i try to charge it, it was just red light blinking.

Can't be open and just dead.

But I'm too desperate to give up. I tried to revive my battery using my magnetic charger.

I mean i charged the battery by using magnetic charger. Not through the usb port.

It works. It opens. I connected the charger while it was opening. And it works!

The battery is working, and charging.

The system is fine, everything is working fine.

I can use the phone well and play well.

I thought it was fixed but no.

As soon i disconnect the charger, it can't be charged again. And the battery drains in less than an hour.

It works everytime i disconnect the battery, open it in before 10sec has passed. And connect the charger before it starts up.

Take note: it is still broken, when i restart the phone it wont work again and again. Just red light blinking.

What do you guys think the problem is?

Tbh my battery is really dead, i mean it normally drains from 100 to 0 in less than an hour.

But now it wont charge anymore without doing this trick.