Released in May 2020, the 13" MacBook Pro features quad-core Intel 10th generation Core i5 and i7 processors, and Intel Iris Plus integrated graphics. (Model A2251/EMC3348 with four Thunderbolt 3 ports)

Is there at MacBook pro 13 2020 extended display backlight connector? No flexgate?

The FlexGate issue was limited to the 2016/17/18 models. Apple addressed the issue in late 2018 and all newer systems by using a slightly longer cable to avoid the issue.

Now with that tucked in, lets look a bit deeper! Apple has a second issue with their systems which is related to the location of the T-CON board within the system and the systems ability to shed heat! So we have few variables that need to be discussed first. The TDP of the CPU is a big factor! A i9 runs hotter than an i7 or i5. So getting the most powerful model puts you more at risk. Next the 2016 & 2017 13” models between the Fn & TB where the TB model offers a better heat sink solution (two fans) Vs the Fn model (one fan) so if you are running your system hard you can encounter issues on the Fn model before the TB model. Next we have the vents and making sure the fans and fin areas are not blocked.

OK, so with all of that in your mind lets move on! So the person who runs their system hard needs to be careful as you can kill the display, you need to install a good thermal monitor app to ramp up the fans. Someone who is not pushing their system you likely won’t encounter this issue. 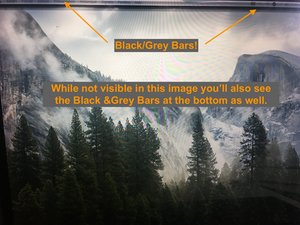 For Reference: I see a black ribbon in the bottom of the screen in the morning why?

@morzan - I personally think TG Pro is better. One last point don't use your Mac on the bed or rug as both will block the vents and lastly keep your system and area clean!