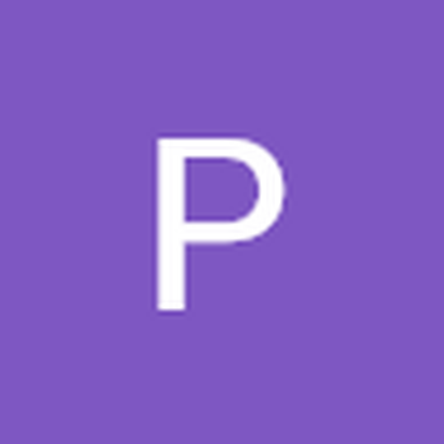 I have a problem with my MB Pro 2017. After switching on, everything works normally in principle. But after a certain time the MB freezes completely and then it crashes. As an error message I get kernelpanics displayed (see pictures). I have now taken out the logicboard to check it for abnormalities. In fact I noticed a burned out resistor. This resistor is called R1802 and according to my research it is connected to the CPU. Do you think this resistor is causing the problems/kernel panics?

Many thanks in advance!

(Sorry that some of the bug reports are not fully visible, but I wanted to quickly photograph it before the MB crashes again)

Edit: I have now attached pictures of some of the components connected to R1802. I can't see any visible damage as with R1802.

Edit2: The MacBook does not have water damage according to the previous owner. The logicboard also looks very clean, so there is no corrosion to be seen. The previous owner said that the Macbook became extremely slow after the update to Monterey and at some point these crashes and errors came. But I can't say if it was really like that.... 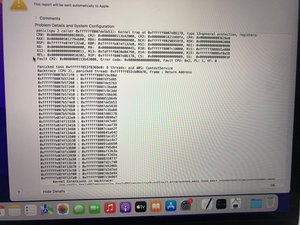 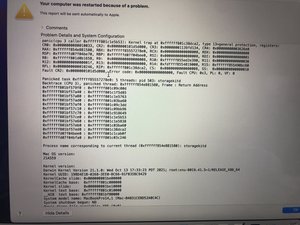 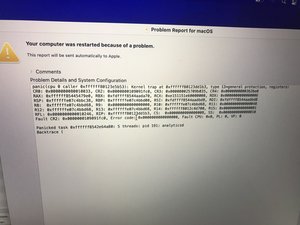 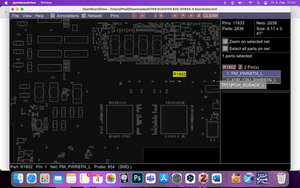 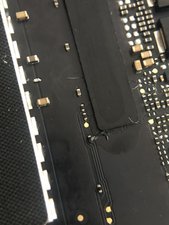 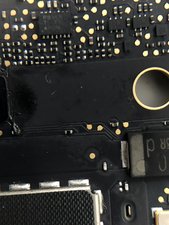 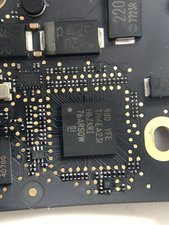 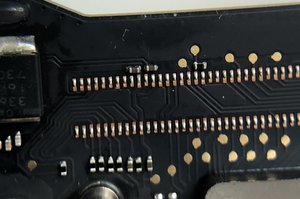 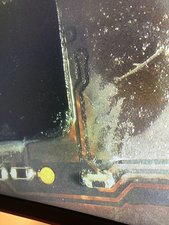 Is there any liquid damage on the computer? R1802 Isn’t directly connected to the CPU its connected directly to the SMC U5000 and also J1800 and is for the power button so i suspect the problem came from those areas or liquid damage on the keyboard near the power button. Replace R1802 and check both ends with a multimeter in diode mode. I will attach a picture with the normal diode mode readings on a working board. 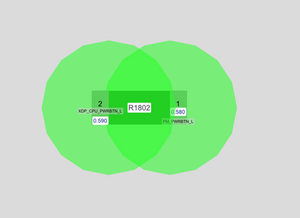 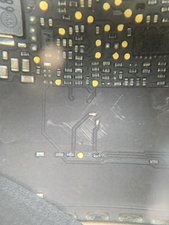 First of all, thank you for taking the time to answer my question!

No the MacBook does not have water damage according to the previous owner. The logicboard also looks very clean, so there is no corrosion to be seen. The previous owner said that the Macbook became extremely slow after the update to Monterey and at some point these crashes and errors came. But I can't say if it was really like that....

Of course, you are right. I just read xdp_cpu_pwrbtn and thought it had something to do with the CPU. To be honest this is the first time I'm looking at such plans. I don't have microsoldering skills either, unfortunately. But I am very interested in learning it.

Am I correct that this is a 0 ohm resistor?

Edit: I have now attached pictures of some of the components connected to R1802. I can't see any visible damage like R1802.

Sorry, i didn't get a notification that you had replied. I will check in the coming days if C1804 is shorted and will then report what has come out.

I have now finally got around to taking the measurements:

If I replace R1802, is it possible that the problem will no longer occur? Or do you think it has some deeper reason?

@xnriqux what do you think about the measured values? I think that a certain fluctuation is normal or not?

Sorry for not responding sooner, Sadly you do appear to have a short as both the first and second images are overheated traces on the logic board. Clearly a large current traveled along the the traces where they have blistered up. So while you have at least one burnt component something deeper happened here. The traces will need to be checked and new lines patched in hopedfully you don’t have shorting across the traces or layers. 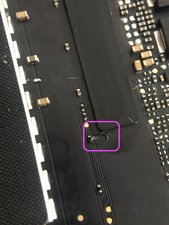 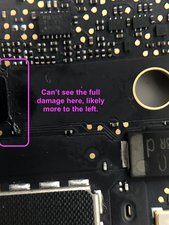 Hi @danj, no problem! I'm glad for your answer, thank you very much.

Obviously I photographed it a little confusing, sorry for that. On the 2nd picture you can see the same resistor again just from a different camera angle. I took the 2nd photo to be able to show R1450.

So the only resistor that is visibly damaged is the R1802. I have also already made measurements with a multimeter in diode mode (see above) and have not found a short to ground. Maybe it was just a faulty resistor?

@Phillip Steinbach - My worry is the damaged traces I've outlined. There are fried like a potato chip! Note the uneven surfaces on these trace lines you'll need to replace them with jumper lines as they are likely too damaged to carry much load.

@danj - Ah now I see what you mean. I always thought it was the material of the resistor that was melted... I didn't think it could be damaged or fried traces. Could you be more specific about the jumper line please? I am a beginner in smd soldering. In your opinion is it even possible to repair this board?

@Phillip Steinbach - Basically you're replacing the trace with a insulated copper wire jumping across the damaged area. You'll need to locate available pads or you'll need to carefully remove (scratch off) the insulative covering layer to gain access so you can solder the wire down without shorting across neighboring lines.

@danj I will definitely do my best to fix the board. I will remove the protective pad as @xnriqux suggested and see if the damage continues underneath. I just hope the traces damage doesn't go too deep (towards the cpu). I mean if it does, it's over with the board i think. Thanks for your help anyway!