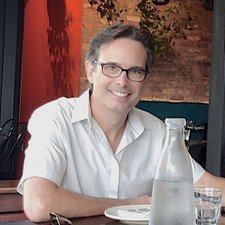 My LB has no LEDs on, indicating a bad PB. However, my PB's 8 PIN Molex to the LB correctly feeds 12V on 4 PINs and ground on the other 4 PINs, and that's testing on the LB.

There is also a 7 PIN ribbon cable connecting the PB to the LB. When testing on the LB, there is ground on 2 PINs, 3.3.V on 2, and then low mV on the other three. I'm trying to find info on what values are meant to be on each PIN, before and after the power button is pressed. I presume at least one PIN must change to trigger the MAC to turn on, one to indicate PB is good, and then some thing else for the third. However, I haven't found any info to verify each PIN.

I have also read there are 2 fuses on the board. One for the mains power input labelled "6.3A/240V" (In Australia) and it tests good which is obviously as there is 12V to the LB. But I haven't been able to find info on the second fuse's location. Does anyone know if there a second fuse and if so, where?

If in-fact there is a second fuse and it's blown, I reckon this is my culprit for a lack of 3.3V to the power button as well as indicating the PB is 'ok' and the LB to turn on LED #1. That signal would be via the 7 PIN ribbon.