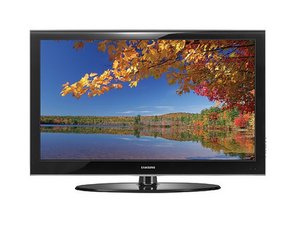 The LN46A530 has a 46" display, combined with SRS TruSurround XT. The PC input allows this display to double as a 46" computer monitor

I'm not the most tech savvy, so I'm having a bit of a difficulty understanding how the power supply works, the board is missing the 5V_DET signal, that seems to be the only voltage missing, where does the INV ERROR come from? I don't know what voltage should I read here.

Can I have a bad driver board even if the backlight turns on with all the cables disconnected from the mainboard?

Please help me troubleshoot this problem, 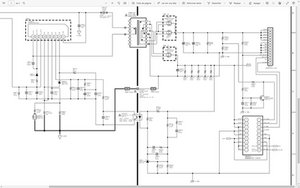 Thanks for the help,

I think I have a broken inverter board, the 6v is pulling the 5V_DET low.

But I never get 5V on pin2 of CN 802 even with pin4 disconnected, meaning I can also have a broken mainboard?

If I remove the cable between mainboard and psu, the backlight turns on and I have 0.024v on pin 4 of CN 803

I managed to put 5v on 5V_DET, made no difference.

The TV start up by itself, worked 2min, turn off again.

Is it possible that the PSU cant power the mainboard? I have all the voltages without load.

What voltages do you measure when testing between the junction of RM864 and RM863 and earth and then on the collector of QM852 and earth?

I was looking this the wrong way, I'm not suposed to have 5V on CN 802 pin2, that only goes high when the inverter is broken.

I did the following, I removed PS_ON from CN 802, so PSU was always on, but after that I start having problems with the backlight, going on and off and randomly changing brightness.

I know the inverter was working properly, so I removed BLU_ON and E-PWM from CN 802, and left it full on.

I then started measuring the voltages on the output of the PSU. 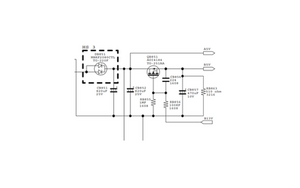 I connected E-PWM and left the other 2 out, I'm afraid all this constant on/off will eventually toast the inverter or the mainboard.

I still have random turn off at the PS_ON on the side of the mainboard, TV crashes and comes back up again with the message on screen saying the mainboard is now and I need to go to service mode and configure it again, maybe my problem now is only configuration?

B5V is at 3.1V again. I measured all the components on that diagram and they read fine. What am I missing?

Regarding the message that you nee to go into service mode, no doubt you have the service manual that shows how to do this.

I have never had to get into service mode so I don' know what the settings should be.

Thanks, first time repairing a TV, trying to understand this psu.

Apparently my problem is solved, the TV is working great so far, I only had the schematics for the psu, thanks for the service manual.