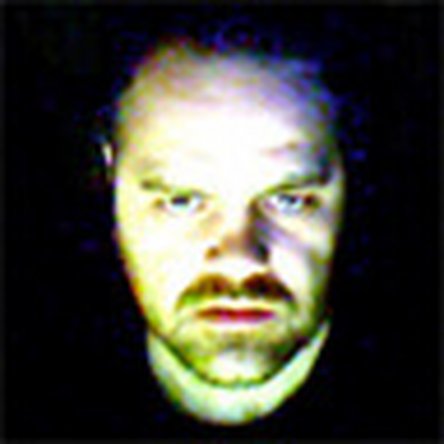 Ok, i was brought this Macbook pro A1229 17" model and it's not doing anything. The battery was swollen so i had a friend take it in to Apple to see what they say, but he hasn't gotten back to me.

As for the laptop, it's dead. And i mean dead dead.

It came with a 60W magsafe adapter, and from what i read from Apple, i need an 85W but a 60W will still power the mac up.

So far this is what i have done.

All of these i have done and the magsafe has a green light on it. doesn't change, still green and the macbook doesn't boot.

I read on these forums that if i unplug the magsafe, hold power for 30 seconds, plug in magsafe while still holding the power for 10 more seconds, then releasing and pressing the power again, i get some sort of life.

The fans roar on high, the mac appears to boot, i hear hard drive spinup, cd spinup, but no chime, no display, no other activity. And the magsafe has no light. No green and no amber. Just fans running at freakout speed. I hold the power button again to power it off and it does. I press the power again and it starts up and same thing all over again with hd activity, cd, no display and fans on high.

Now if i unplug the magsafe, plug it back in, i get a green light and the mac won't power on at all.

Is this a sign of a dead logicboard, or what?

There was no battery present for all of these tests.

Forgot to mention, all of this was done before swapping out the ram trying to figure out if that was the problem. And no change. Still dead.

Also took off the original Apple catastrophe they call thermal paste and redid all that by cleaning off the cpu, northbridge and gpu dyes with 70% isopropanol alcohol, and reapplied Arctic Silver 5 thermal paste.

All of this done and still the same symptoms described above.

Ok, well got a loaner 85W magsafe adapter, and it boots. It spins up the hard drive, the cd but that's it. The fans are not roaring, and there is no startup tone. All i have is a dimly lit steady, not flashing white LED. When i close the lid, it brightens up and stays bright.

Even hooked up an external monitor and that stays blank too.

Also, i hooked up a firewire cable, powered up the Macbook Pro and pressed T for target disk mode, and it doesn't show anything on my Powerbook G4. So now i will rule this out as a dead logicboard. Will call Apple tomorrow and see if it's still covered for the Nvidia GPU fiasco.

Well, after doing more extensive tests, i tried booting the mac without ram, and it booted. No tone, no video and steady lit led. So i tried one last thing. Put the ram back in, plugged in the power and after the green light was solid on the magsafe, pushed the power and held it there for 10 seconds. The white led was solid, then it fluttered for 2 seconds, then the infamous 3 short flashes, 3 long flashes and 3 short flashes. Final result, take it in.

Well a major update. After getting the laptop back from Apple who didn't do squat to it, i decided to take a page from the Xbox 360 units. I put the whole laptop back together, except for the top cover, and i disconnected the fan connectors. Then i plugged it into power and turned it on. Basically i was doing a burn in. After 15 minutes, it bonged. Nothing on the screen, but at least it showed some signs of life. From there i powered it down and let it cool for 10 min. After that, i reconnected the fan power connectors and put the top back on. Powered it up it bonged and showed the screen. I am now able to get into the laptop and check temperatures and all. So now it's altogether and it seems to be running fine.

If you are lucky it will stay running for 30 days - like the XboX 360 or PS3 with similar procedure. Thus this is not a fix but a "made it work" for a minute, There is a difference between fixing something and making it work.

Well, so far it's still running, so maybe i melted the BGA solder joints so that it will stay together. I wish i had the X clamp fix for this so it would stay permanent. But right now it works.

The 17" will boot from the smaller power supply if you have a charged battery but not without it, that's why you needed the 85 watt. This machine is just beyond the four year limit Apple set on the Nvidia issue but is still repairing some if you get the right consultant and have a silver tongue. Discount all results you had with the lower power supply and rerun them now that you have enough power to boot and let us know your results.

I did, please look above your comment. Thank you.

Did you rerun your tests?

I don't mean to be rude, but i am going to quote what i said before...

* Ok, well got a loaner 85W magsafe adapter, and it boots. It spins up the hard drive, the cd but that's it. The fans are not roaring, and there is no startup tone. All i have is a dimly lit steady, not flashing white LED. When i close the lid, it brightens up and stays bright. Even hooked up an external monitor and that stays blank too. Also, i hooked up a firewire cable, powered up the Macbook Pro and pressed T for target disk mode, and it doesn't show anything on my Powerbook G4. So now i will rule this out as a dead logicboard.

Obviously I am to stupid to help you. Maybe someone else can.

Well look at it this way, you are asking if i redid the tests when i clearly state that i got the 85W magsafe and now it boots, but with these symptoms. So obviously yes, i must have redid the tests in order to come up with this conclusion, that these are now the new problems. As for the ram, pulling them out, swapping with new ram, changing them around, throwing them across the room because of frustration, yes, these are the new symptoms. And looking online that they swollen battery isn't covered and that the Nvidia video issue is something i am going to throw in front of apple and watch them have fun when i take it into them and i get to see the look on their faces and every other customer that walks in and see's this too, they will be shocked.

i got rid of it and finaly got new dell

I took it in and it's currently getting reballed with lead solder. Once i get it back i am going to put it through a full day of rough tests to see if the solder job worked.

UPDATE... After a week, got the laptop back and put it all back together. (they only had the logicboard to look at) Once it was all back together, new Arctic Silver 5 paste added to the chips, turned it on, and it works. So reballing the chip with lead solder worked like a charm. Had it running a video in a constant loop and using Photobooth to tax the video chipset for 12 hours, and installed "Fan Control", the CPU spiked to 56 degrees celcius and the video peaked at 71 degrees celcius. Everything works and no issues now. My client is very happy with her laptop.

Hello, I have 100% same problem as yours. i got it checked at apple and i was offered to replace logic board (no signs of hardware failure) for a huge price. I said no and get laptop back. BUT then i wanted to check if i still have problem: NO, it turned on and worked UNTIL i put to standby!!! I think it has nothing to do with logic board or video chip.

at the moment i am trying to wake it with no success. I'll try to get harddisk out and run it. If it doesn't start even then i'll have no choice.

I am having what appears to be the same problem. I 'fix' it by disconnecting the fans, powering it on for 15 minutes or so, letting it cool for 10 minutes or so, and then it works.

But I've had to redo it a few times. I shut it down to put the screws all back in and it wouldn't power up. Then I 'fixed' it again this morning and ran some updates and it worked. When I came back from errands it was asleep and wouldn't wake up.

If I'm going to have to do this thrice a day it's not going to be worth it.

My Macbook Pro Unibody (2008) acted quite the same. I did sort of as you explained. Unplugged the fans, powered up, white light burning, no start up tone. Then i forgot about it, to find out that after an hour or so the thing was very HOT! Then put in the cooler for an hour..

Then i tried again. It gave an awfull horn-sound. So I took one Memory bar out. same. The other one out. Same hornsound. both out. Silent! Put one bar back. It booted up! Turn it of again. Two bars in. It booted again! Had Disk Utility put the permisions straight. Turned it of. And turn it on again. It is now booting okay for two days. Sleep is no problem either.

Great! HahaH! Thanks, I thought it was a goner!