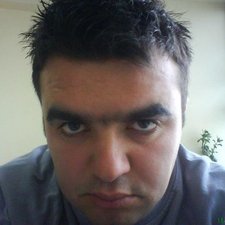 Two days ago my Dual HDD kit arrives, and i have tried to intall two SSD disks in my mac... but without success:

I have opened my mac, and installed both two SSD disks (OCZ Agillity 3, 120GB). Everytning was good, till I turned on my computer: both SSDs are recognised, but one of them (this on the second SATA port) I'm not able to partiton or format.

Ihave opened my mini again, connected the disk to my Macbook Pro, and installed OS X 10.8 without any problems. I have put it back into the mini - same problem again: SSD is recognised, partition not...

At last, I have installed my original HDD (500GH Hitachi) on the second drive bay, and now it works without any problem...

Is it possible to have two SSD disks installed in my mac mini?

My plan is to install two SSDs and to configure RAID-0.

The note I see here says: A second hard drive or SSD also can be installed, although it is not formally supported. (that usually means cheap or generic parts won't meet requirements, but certain more quality controlled {expensive} parts do) Contact the vendor of the dual HD kit for their help/support/replacement of part.

If this answer was helpful please remember to return an mark it Accepted.

Dual HDD kit is ordered from iFixIt, and it works:

There is no problem if I connect my original HDD - 500GB Hitachi.

So, the facts are: both ports are identified as:

But when I connect an SSD to the "second" port - it not works.

Any HDD works, by the way.

I have read from many other sources, that the problem is in OCZ, and I must order Samsung or OWC SSD disk...

Here is my SSD:

And here is my HDD:

That's what I said - some parts will work, others wont. =8^o