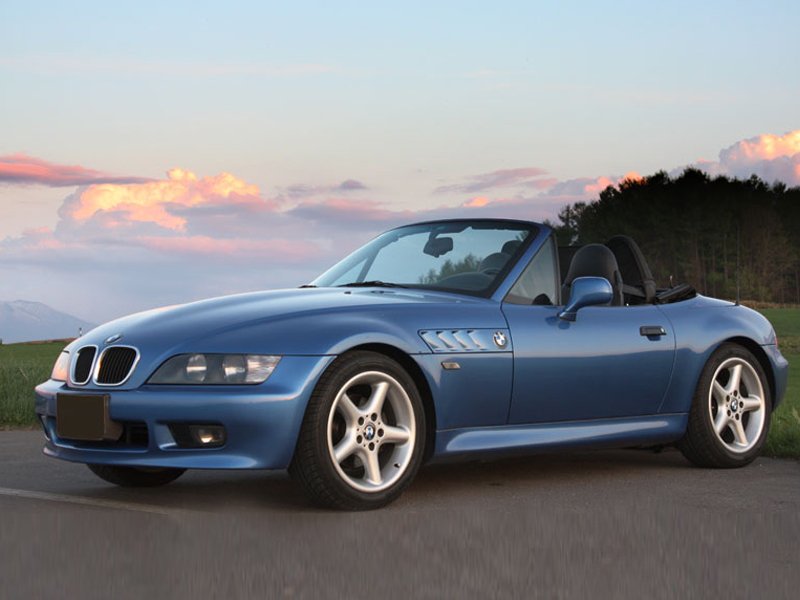 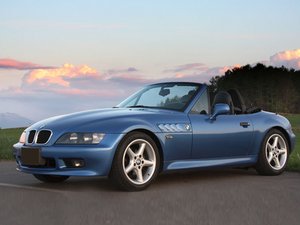 The BMW Z3 is a sports car introduced in September 1995 and discontinued in June 2002 when it was replaced with the Z4. Unlike its predecessor—the Z1—which had only 8,000 models manufactured, the Z3 was mass-produced and sold almost 300,000 models (according to Only Z3). The BMW Z3 was available in two body styles: a roadster with a convertible roof (which I must say looks pretty nice) and a less-popular coupé with a larger trunk. The roadster model has the codename “E36/7” and the coupé has the name “E36/8.”

Under the hood, the BMW Z3 has an I4 or I6 engine paired with a manual 5-speed transmission or a 4 or 5-speed automatic transmission. Over its seven year production, the Z3 had multiple updates; you can see a full list on the Wikipedia page along with a table of the engines used in each model. Important changes include the addition of electronic stability control (skid detection) after 1998 and a facelift in 1999.

Fun fact: The Z3 was used by James Bond in the movie GoldenEye. In the film, the car has a few additional spy gadgets such as missiles behind the headlights, a self-destruct button, and an emergency braking system that uses a parachute deployed behind the car. BMW made a special “James Bond Edition” Z3 with a light blue finish and beige leather seats to match the version shown in the film.

You can identify this car by looking for the blue and white BMW logo on the hood and just in front of the doors. The Z3 specifically has four gill-like vents just in front of these side-facing BMW logos. For a more concrete details, you can find the vehicle identification number (VIN) on the car’s registration; it is also usually printed on the door jam of the driver’s side door or on the dashboard just below the bottom of the windshield (you can see it most easily by looking from the outside of the car). Use a VIN decoder to find the make, model, year, and other information about the car.