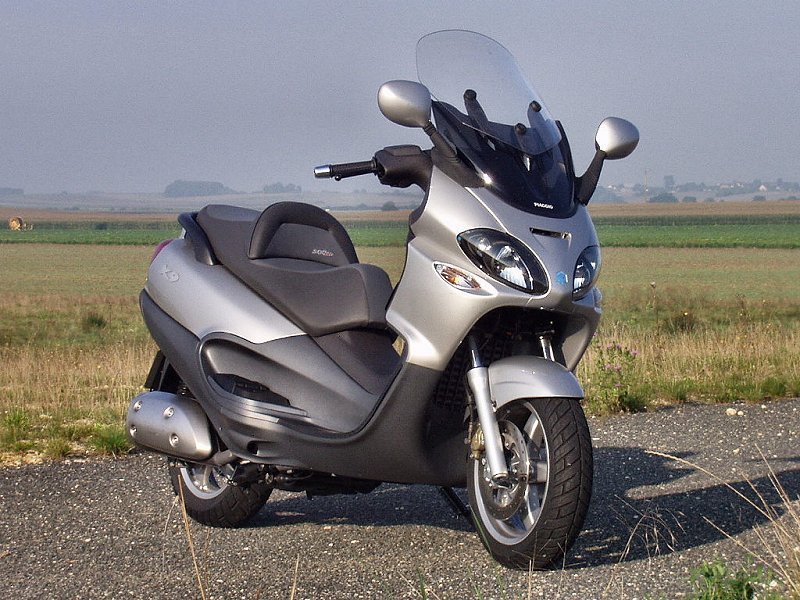 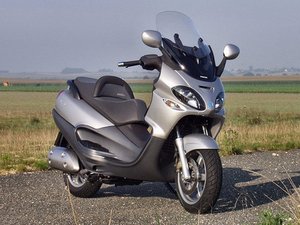 The X9 500, a maxi-scooter built by Piaggio from 2002-2007. The X9 is Piaggio's top-of-the-line luxury touring scooter, and its options included an automatic center stand, passenger intercom, and a stereo system.

The Piaggio X9 500 (also called the X9 Evolution 500 or X9 500 Evolution) is a maxi-scooter produced by Piaggio between 2002 and 2007. Piaggio is an Italian motor vehicle manufacturer that produces a range of two-wheeled motor vehicles, including the Vespa. Piaggio also produced X9 125 and 250 cc models, which were fitted with Honda engines. The X9 500 Evolution includes features not fitted on the 125/250 cc X9 models, including a hydraulic center stand, integrated rider-to-pillion communication system, and a mobile phone charger in the front dash cubbyhole.

The X9 500 includes a 39-horsepower motor that produces 31.75 foot-pounds of torque at 5500 revolutions per minute. The scooter’s engine is single-cylinder, four-stroke, liquid-cooled, and includes four valves. The scooter can reach a top speed of 98 miles per hour.

The name ‘X9’ is included on X9 models on the side of the scooter underneath the seat.