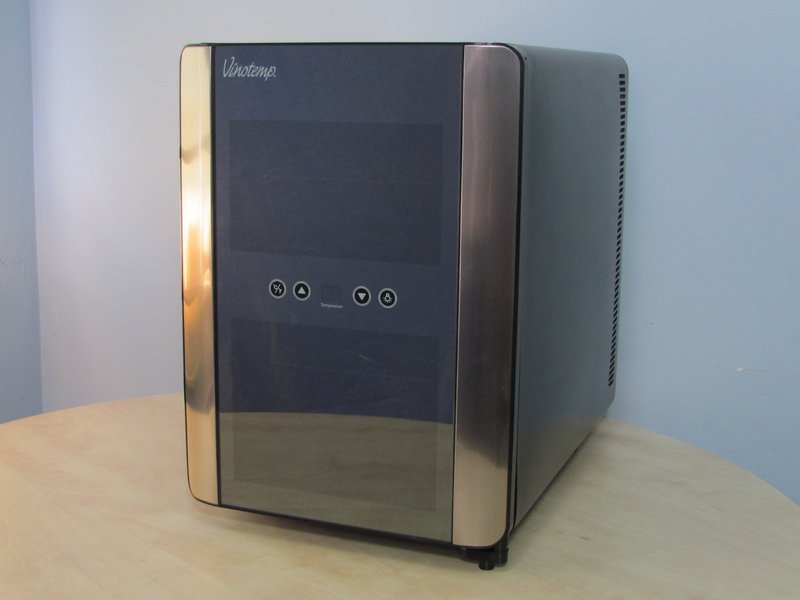 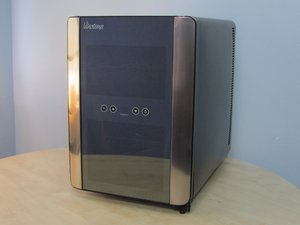 This is a Vinotemp VT-12TEDi thermoelectric 12-bottle wine cooler by iCellar.

Vinotemp wine coolers are identifiable by the "Vinotemp" logo in the top corner of most models. For the specific model number, you'll have to check the back of the unit.

The Vinotemp VT-12TEDi has a touch-sensitive control panel with LED temperature display. Select the ideal temperature for wine storage and service between controlled temperatures of 50-66°F (10-18°C). Toggle between °F and °C on the LED display. Turn on/off LED backlight for bottle illumination.

The most commonly needed repair for this model is a capacitor replacement. If it appears that the logic board has failed, check all capacitors before replacing the entire logic board. Replacing a capacitor is much cheaper (and faster) than buying a replacement logic board from Vinotemp.''

Solve issues that you may encounter with this wine cooler by reading the Vinotemp VT-12TEDi User's Manual.

If the LED temperature display is blinking, accompanied by a chirping sound and/or red and green blinking at the back of the unit, it is likely capacitor failure on the logic board. Follow the logic board repair guide to solve this problem.