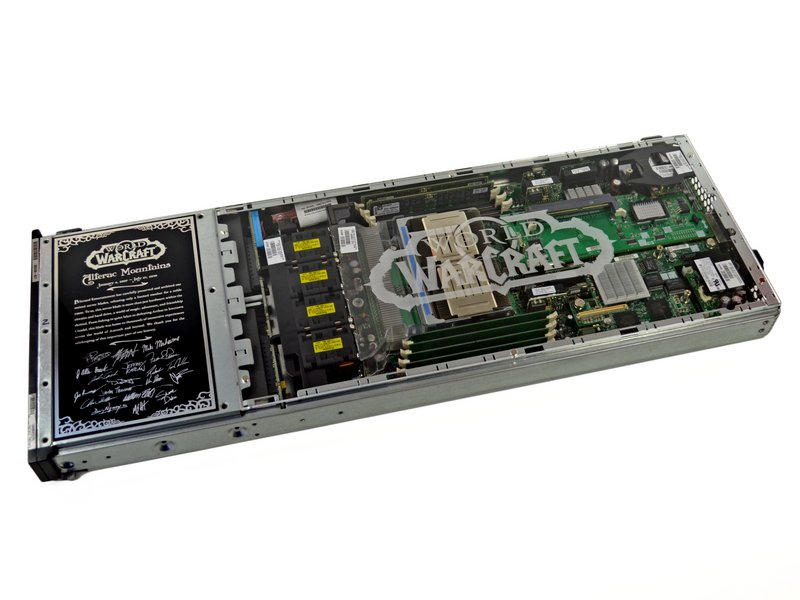 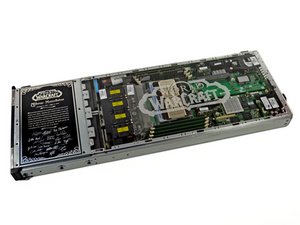 These servers were used to host realms for the role-playing game World of Warcraft. They are sometimes auctioned off by Blizzard when they upgrade to a newer system.

A WoW server blade is an individual server used to host a realm in the online role-playing game World of Warcraft. The server blades, which are manufactured by Hewlett Packard (HP) have a processor, memory, and other basic features of a server computer. The blades are packed together into a large chassis which provides the other features required for operation such as power, cooling, and network connections. Since all these operations can be consolidated, the system usually requires less power and creates less heat than a server consisting of independent computers. The chassis often has multiple power supplies so that if one dies while the servers are in use, power can still be delivered from a backup supply. The entire system—consisting of server blades and the chassis—is called the HP BladeSystem.

Blizzard, the company behind World of Warcraft, sometimes sells WoW server blades at an auction after they upgrade to newer, more powerful hardware. Generally, Blizzard has given the proceeds of these auctions to charities like St. Jude Children’s Hospital.

You can identify a server blade by the World of Warcraft logo engraved on the outside of the case. The server blades usually also have a plaque on them imprinted with the logo and the name of the realm that was hosted by that specific server (e.g. Malygos or Lightbringer).

World of Warcraft on Wikipedia